Citi says buy now, pay later not a ‘fad’ as it joins the stampede

Citi says the rise of buy now, pay later (BNPL) products is one of the most important shifts in payments, as it prepares to use Australia as a testing ground for its move into the booming sector.

While some banks including ANZ have played down their interest in BNPL, global giant Citi is gearing up to enter the sector later this year, and it says this week’s $39 billion takeover of Afterpay shows the payment method is not a “fad.” 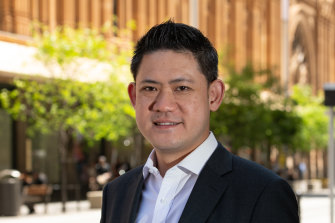 Australia’s BNPL sector, led by Afterpay, has arguably led the world in recent years, sparking a battle between banks and fintechs for younger customers who are increasingly shunning credit cards.

PayPal entered the sector last month and Commonwealth Bank will launch its BNPL foray this month. Citi is joining the stampede in October through a product called Spot.

Citi’s head of cards and loans Choong Yu Lum acknowledged the bank was entering a crowded field, but he said it saw a gap in the market, and added that BNPL still only made up a small share of payments.

Mr Lum said Afterpay’s deal with Square, announced on Monday, was an impressive achievement that showed how important the Australian company had become in the payments landscape. “Moreover, it’s a testament to the fact buy now, pay later is not a ‘fad’ but rather one of the most significant developments in payments in recent history,” Mr Lum said.

“As the sector grows on a global scale, more players will enter the field, driving competition and innovation to ultimately give consumers new and improved options when it comes to managing their money.”

Square founder and Twitter CEO Jack Dorsey also highlighted the major shift in consumer behaviour in a late Monday briefing on the company’s takeover of Afterpay.

“We think from a Seller perspective, the most obvious point is, this is yet another tool to help drive more sales,” Mr Dorsey said.

While most of Afterpay’s revenue comes from merchant fees of about 4 per cent, Citi is attempting to woo retailers with a cheaper BNPL offering, a similar strategy to CBA.

Mr Lum argued the service was different from rivals because it could be used wherever Mastercard is accepted, merchants would not have to pay more than they already do to accept credit cards, and consumers could link the service to any bank account in their name.

“I know that the market is crowded… everyone is going into it. But we feel that there’s a couple of value propositions that really give us the upper hand,” he said.

Citi, the world’s largest credit card issuer, is moving into BNPL as it looks to divest its Australian retail bank, with National Australia Bank in talks about a potential deal. Mr Lum said the assumption was that the buyer of Citi’s retail assets would also acquire the BNPL product.

Citi’s brand name Spot is an acronym of “shop and pay over time” and also mirrors the Australian slang expression “to spot,” meaning to lend money.