Debt bombs lurking: The banking mess that has China on edge

One bank failed. A second and third were bailed out. Worried depositors of two more banks then rushed to pull out their savings for fear of losing them in a spectacular failure.

These stumbles, which have occurred in quick succession since May, would stir fears of a financial meltdown had they happened in the United States. But this is China, where the government is trying to suppress any potential panic while the country's banking system goes through a painful but much needed cleanup. 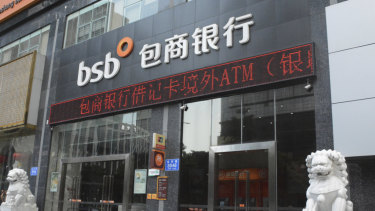 In May, Chinese regulators seized a bank for the first time in two decades when Baoshang Bank was put into receivership.Credit:AP

The latest in China's series of banking woes came this week when a city in the country's northeast urged depositors in a local bank to "avoid unnecessary losses by withdrawing cash blindly," according to a government statement.

More than a hundred police officers were dispatched to six bank branches, according to the local police. They arrested four people for what people described as "publicly spreading rumours on the internet."

A growing number of China's smaller banks are stumbling as Beijing tries to navigate a difficult path, forcing regulators to balance economic concerns with the health of an enormous but fractured financial system.

China's economic growth has slowed to its weakest pace in nearly three decades. Ordinary people are feeling squeezed. The cost of living has gone up, but wages aren't rising as quickly. Many households are spending less and putting more of their income toward mortgages and debt payments.

At the same time, years of borrowing have left the country's financial system riddled with trillions of dollars' worth of debt. Much of it is hidden off the books, raising the prospect of potentially devastating debt bombs lurking in unexpected corners.

Chinese officials are now trying to clean up the banking system, but the process has led to headlines about troubled banks in different parts of the country.

The banks lent money with exuberance in years past as China used the banking system as a way to juice economic growth. They also grew with little regulation.

"In the past few years, some banks have expanded blindly," said Yi Gang, the governor of the People's Bank of China, China's central bank, in September.

Many of them also played tricks with their accounting, said Xiaoxi Zhang, who scours the financial statements of hundreds of small banks across China for Gavekal Dragonomics, an economic consulting firm. Many repackaged their loans as investments, skipped key financial disclosures and lent money to too many risky borrowers. 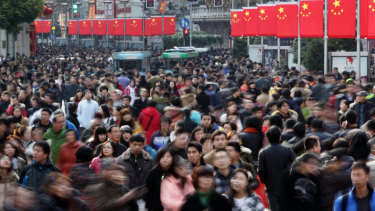 China’s economic growth has slowed to its weakest pace in nearly three decades.Credit:Bloomberg

Then, two years ago, a new top banking regulator, Guo Shuqing, pledged to rein in reckless lending by banks and other financial institutions.

Soon online lenders that once offered eye-watering returns were put out of business, companies began to default on their bonds and banks were told to stop hiding bad loans. In the process, a number of smaller Chinese banks were shown to be less than healthy.

In May, Chinese regulators seized a bank for the first time in two decades. Baoshang Bank, a little-known bank in northern China, was put into receivership. The bank was once part of a network of investments controlled by Xiao Jianhua, a tycoon who was ensnared in an anti-corruption campaign. Baoshang made several large loans to other companies within Xiao's financial empire that were never paid back. Still, it remained open for depositors.

Weeks later, a unit of China's sovereign wealth fund injected cash into Hengfeng Bank, a bank based in the coastal city of Yantai. Two of Hengfeng Bank's former chairmen are under investigation for corruption.

Ordinary savers have noticed and begun to wonder about their own banks.

Last week, the police said they had arrested a 29-year-old woman who they said had spread rumours online that Yichuan Rural Commercial Bank, a small lender in the central province of Henan, was going into bankruptcy. Chinese media showed videos of depositors lining up at its branches.

Yichuan reassured depositors that their money was guaranteed and there was nothing to worry about.

"Depositors shouldn't listen to rumours in order to avoid putting their personal interests at risk of loss," the bank said in a statement on its social media account. It later posted a notice from banking regulators saying it had sufficient funds. 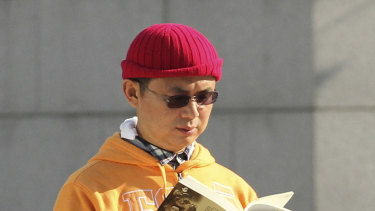 Baoshang is partly owned by Chinese financial group Tomorrow Holdings, whose chairman Xiao Jianhua has not been seen since 2017. Credit:AP

On October 30, authorities announced an investigation into the bank's former chairman, Kang Fengli. He could not be reached for comment.

When rumours circled around Yingkou Coastal Bank, a lender in the northeastern rust belt province of Liaoning, the police were brought in. On Wednesday, about 120 officers swarmed depositors lined up inside a handful of Yingkou branches. The police arrested several people for spreading rumours and disturbing public order.

The police posted a video of four people who confessed to spreading rumours about the bank. According to the police, one woman posted her own video of depositors withdrawing money with text saying that the bank had announced its bankruptcy. In her confession, she said she had hoped the video "would go viral."

As banks come under more pressure, authorities are looking for ways to keep them going, lest a spectacular failure ripple through the financial system. Even as they have tightened rules on lending, they have taken steps to make it easier for banks to raise money, including allowing them to issue perpetual bonds — which are typically bonds with no maturity dates — and preferred stock, a type of equity that is similar to debt.

Zhang, of Gavekal Dragonomics, said a bank collapse could be costly if it rippled through the financial system.

"China is not yet finished dealing with the fallout from small banks' years of reckless growth," she wrote in a recent research note.