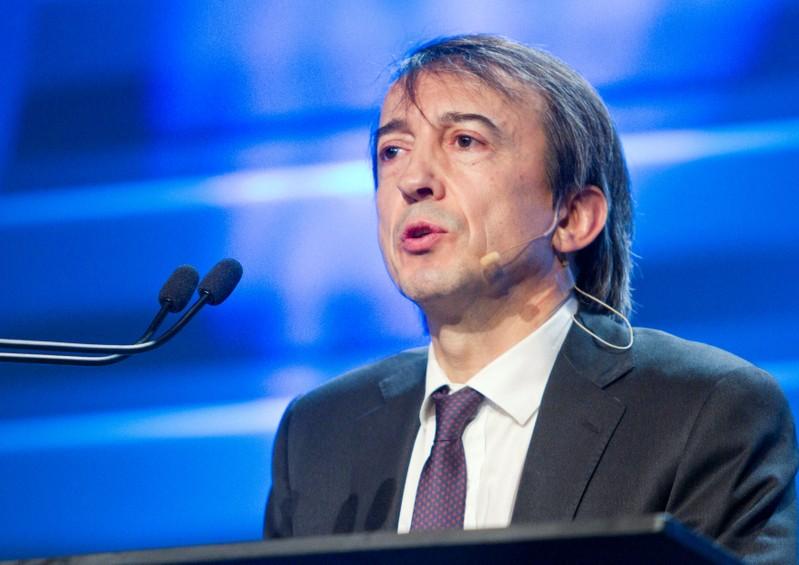 BRUSSELS (Reuters) – Europe’s gas industry lobby warned on Monday that curbs on lending by the European Investment Bank (EIB) and others could slow the switch from coal-fired to less polluting gas-fired power plants and harm the bloc’s climate ambitions.

The EIB’s board, made up mostly of European Union finance ministers, is expected to discuss a proposal this month to stop funding new fossil fuel-reliant projects by the end of 2020, though a final decision could take longer.

“If the EIB is taking a position and is not making any difference between all the fossil fuels, we will have difficulty to … replace the current fleet of coal-fired power plants and we will miss our climate targets.”

The EU’s incoming chief executive, Ursula von der Leyen, has called for the EIB to spend half of the roughly 70-80 billion euros-a-year ($77-$88 billion) it invests on green projects, as part of an effort to ramp up the EU’s climate goals.

Eurogas, which has backed a push by most EU nations for the bloc to go carbon neutral by 2050, said the quickest way to cutting global warming emissions was replacing coal-fired power plants.

“This is possible. We can go even further in terms of targets, but we have to go for gas because that is the real key,” Sauquet said. “If you are not making a difference between fossil fuels, you are missing a real opportunity to go greener quicker.”

The industry has yet to win over the support of climate activists, who have lobbied for an end to fossil fuel subsidies and a redirecting of investments into renewable energies.