European shares end a choppy Brexit-led session with a whimper

LONDON (Reuters) – European shares ended flat on Tuesday after a choppy session during which hopes British Prime Minister Theresa May would win support for her plans for an orderly Brexit in an evening vote in Parliament gradually faded. 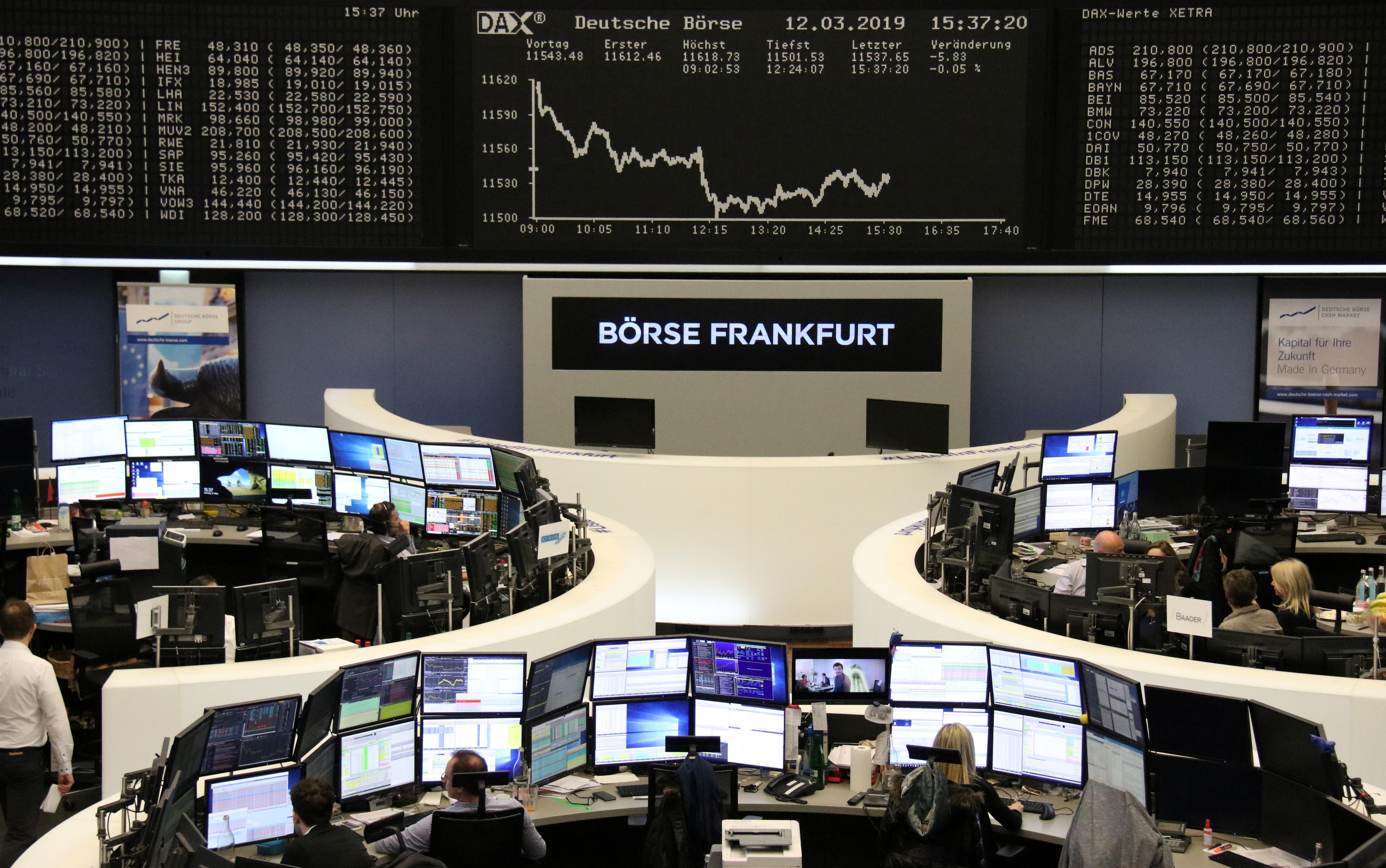 European bourses trimmed their morning gains and the pan-European index ended the day down 0.04 percent while the euro zone’s STOXXE rose a mere 0.1 percent.

Dublin’s ISEQ, which typically falls on fears of a disorderly Brexit, edged up 0.25 percent with investors still confident a no-deal Brexit will eventually be averted.

Britain’s FTSE 100 rose 0.3 percent as a retreating pound provided an accounting boost to the big exporters that dominate the index.

The British currency experienced heavy volatility, pushing blue chips in and out of positive territory.

German carmaker Volkswagen fell 1.8 percent after reporting a decline in operating margins for its core VW brand and announcing it would introduce almost 70 new electric models by 2028.

Overall, the fourth-quarter earnings season has been underwhelming. Over the past four months, analysts have cut their earnings growth expectations for 2019 from 9 percent to just 5 percent.

Swiss baked goods firm Aryzta jumped 9.75 percent after it reported its U.S. margin grew for the first time since 2014.

Outside results, Telecom Italia shares fell 5.9 percent to the bottom of the FTSE MIB as a battle between two of its top shareholders, Vivendi and Elliott, ramped up ahead of an AGM later in the day.