(Reuters) – European shares rose more than half a percent on Thursday, bolstered by expectations of stimulus from the European Central Bank and a rise for Fiat-Chrysler shares after the shock collapse of its merger with Renault-Nissan. 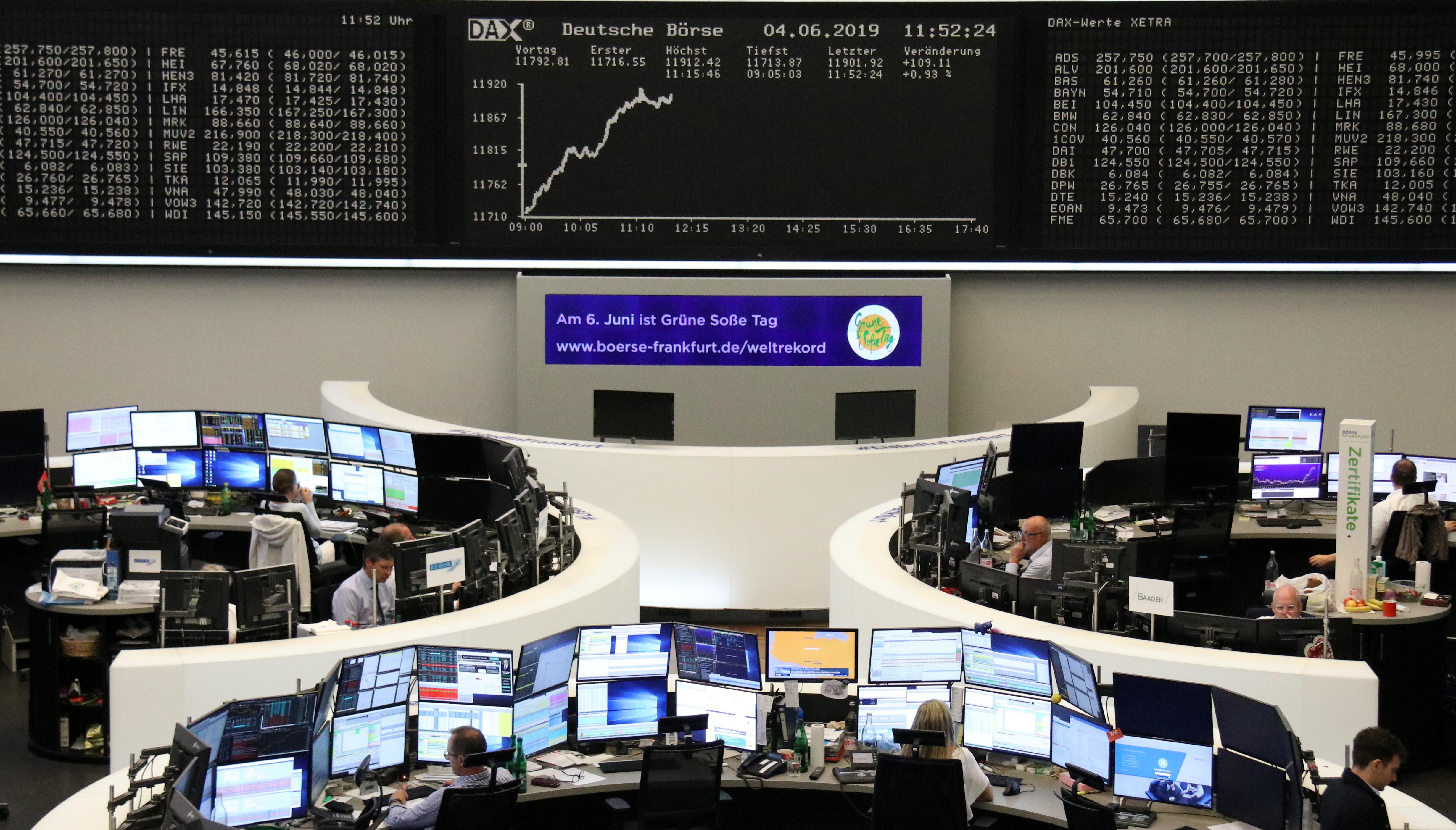 The pan-European STOXX 600 index rose 0.6% by 0816 GMT, with bank-heavy indexes in Milan and Madrid both up nearly 1% on the prospect the ECB will drive more cash into the economy through the financial sector.

Gains, however, in defensive plays – including a more than 1% rise for utilities sector – underlined the fear of a slide into recession that lie behind the expectations of central bank action.

In a well-flagged move, ECB President Mario Draghi is expected to offer to pay banks if they borrow cash from the central bank and pass it on to households and firms. Draghi’s news conference is at 1230 GMT.

The bank may also set the stage for more action later this year as the trade tensions unravel the benefits of years of stimulus for a consistently-sluggish euro zone economy.

Milan’s banking index was up 0.8% while the Europe-wide financials index gained 0.2%.

“Current ECB growth forecasts look too high so markets will be interested in whether the growth forecasts are revised down in light of the ongoing trade concerns,” said Michael Bell, global market strategist with JP Morgan.

“Markets also want to know whether the ECB will tier the deposit rate to reduce the impact of negative rates on bank earnings. I would expect they will keep that option open but probably won’t announce tiering today.”

Shares of Renault SA slumped about 7% after Fiat Chrysler Automobiles MV abandoned its $35 billion offer the French carmaker. Fiat, however, recouped early losses to trade up 0.5% and the auto sector, also under pressure earlier, gained 0.2%.

The biggest decliner among the major subsectors was real estate stocks, down 1%. Shares of German property companies Vonovia and Deutsche Wohnen fell 2.1% and 5.1%, respectively, following reports that Berlin authorities were planning to impose a cap on rents.

Frederiksen is in line to be Denmark’s youngest prime minister and only the second woman to lead the country’s government.