European stocks claw back up after four-day drop 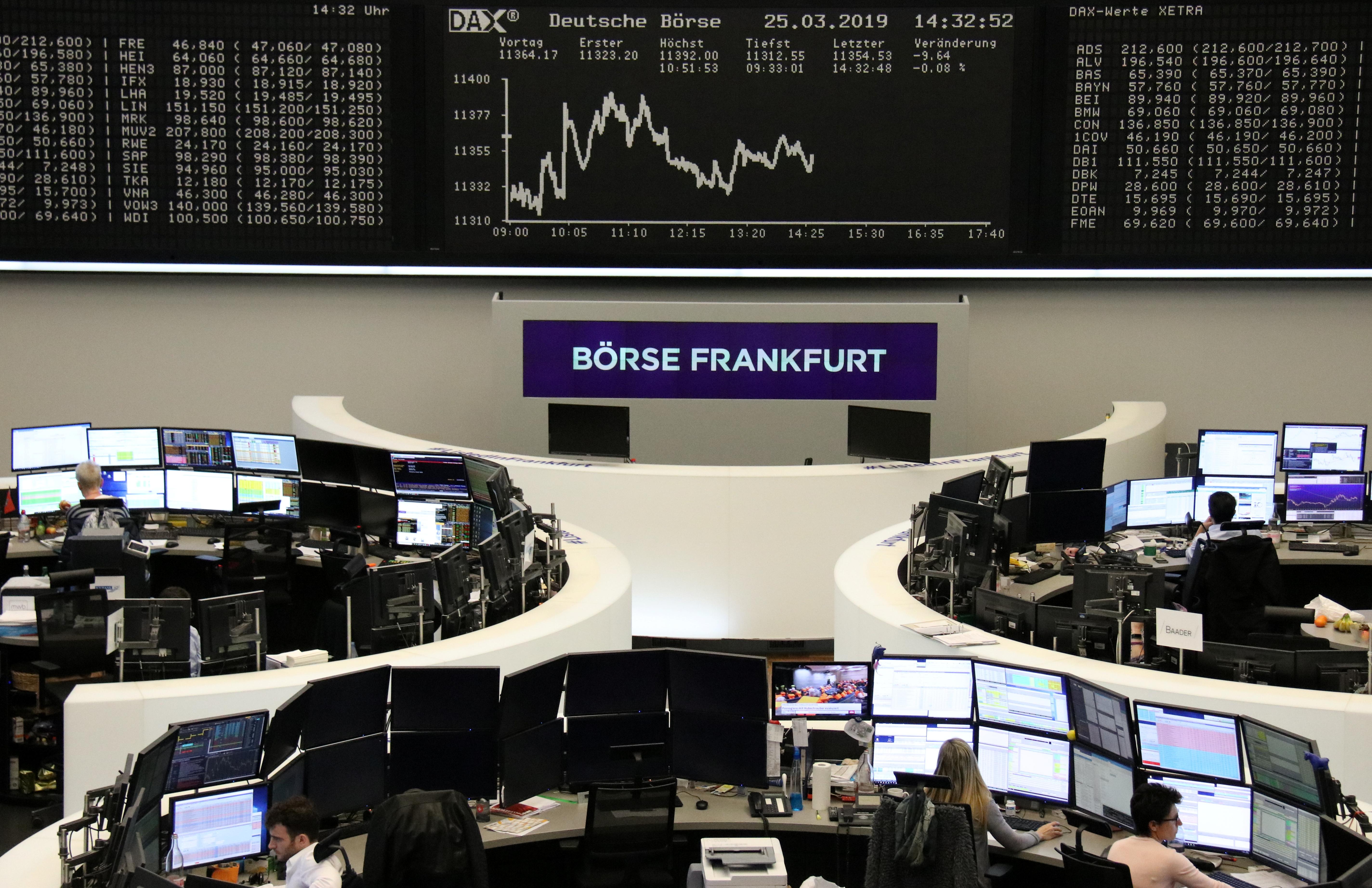 Dublin, considered a barometer of Brexit mood, bounced off a five-week low hit early in the session to end 0.2 percent higher after two eurosceptic lawmakers indicated they might agree to support May’s Brexit deal after parliament took control over the Brexit process for a day.

Lawmakers will vote on a range of Brexit options on Wednesday, giving parliament a chance to indicate whether it can agree on a deal with closer ties to Brussels before trying to push the government in that direction.

“Anything that can be perceived as lowering the ‘hard Brexit’ risk would reduce the probability of one the major downside risks to the global economic outlook,” said Kallum Pickering, senior economist at Berenberg.

“Be it the parliament in the UK, which wants to retain close ties to the EU, gaining more control, or indeed Theresa May having a better chance of passing her deal.”

Nearly three years after the 2016 EU membership referendum, and four days before Britain was supposed to leave the bloc, it remains unclear how, when or even if Brexit will take place, with parliament and the nation still bitterly divided.

Over the last four sessions, regional stocks had lost 2.6 percent driven by concerns about a softening global economy, uncertainty over Brexit and a possible U.S recession.

Another note of caution on Tuesday came from a survey that showed German consumer morale deteriorated unexpectedly heading into April, suggesting household spending could weaken in the second quarter.

German payments company Wirecard soared 26 percent, leading gains on the STOXX 600, after an investigation at the company’s Singapore office found no material wrongdoing.

The healthcare index was the biggest gainer among STOXX 600 sectors, up 1.5 percent driven by gains in ConvaTec Group and Novartis.

Airbus’ 2 percent gains was among the biggest boost to stocks in Paris, after the planemaker signed a deal worth tens of billions of dollars to sell 300 aircraft to China.

London’s FTSE 100 was pulled higher by energy stocks as oil prices climbed, although a recovery in the pound put an upper limit on the FTSE’s gains. [.L] [O/R]

Meanwhile, Ferguson Plc was among the biggest weights among European stocks, falling 7.2 percent after the world’s largest heating and plumbing equipment supplier said trading profit will likely be at the lower end of analyst expectations this year.

Banks and auto stocks were the only laggards on the STOXX benchmark, down around 0.2 percent each.