Two friends with a big idea are chasing after a slice of the lucrative food delivery sector, which is dominated by Uber Eats, Menulog and Deliveroo.

New food delivery app Kloopr allows anyone travelling from point A to point B to act as a delivery driver. It encourages restaurants to offer reduced menus and a set number of portions per dish to help manage business expenses and give greater control over stock levels. 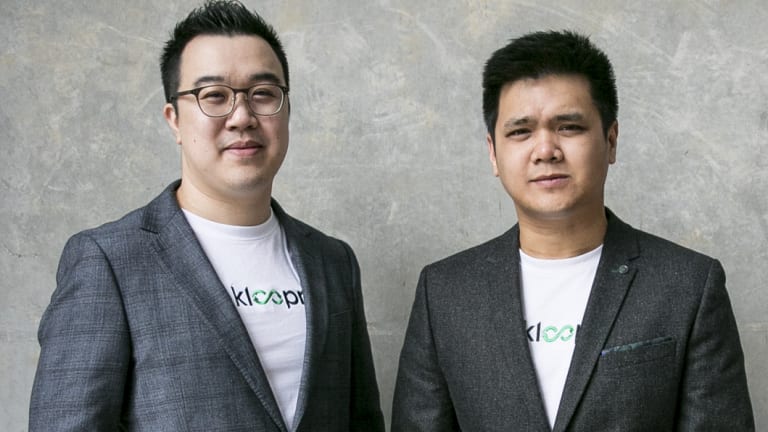 Kloopr launched this week and will charge customers less for deliveries and pay those delivering between $7 and $13 per job – an average of 30 to 50 cents more than Uber Eats. Deliveries can be made on foot, bike or vehicle.

Founders Joe Wee Lim and Brian Foong hope the pricing structure will build more jobs for those in the food delivery industry and offer an earning option for commuters.

The platform also allows 'Klooprs' to see who else in the area is ordering from which restaurants and pick up extra jobs on the way, allowing those using the app to optimise their routes and earn more.

“The sharing economy has been slightly out of control, we know that. We hope we can help to change perceptions of food delivery, which has had a bad rap in recent months,” Foong says.

The pair have been working on the Kloopr concept for 10 months. Foong is a graphic designer and has worked for a group of restaurants in Melbourne, while Lim is a restauranteur.

They have borrowed existing technology plays such as mobile maps, GPS technology and rating systems to build the platform.

The launch comes as Passel, the Australian startup where shoppers deliver on their way home to shoppers, launches a pilot in Ireland, setting the stage for expansion to Europe and the US. Passel services 50 stores in Melbourne, Sydney, Brisbane and Adelaide and averages two hour deliveries seven days a week.

Bulging at the seams

Australians spend $2.6 billion on delivered meals and drinks per year, equating to an average spend of $1,590 each year. Sydneysiders spend the most online, averaging $1,959 each year. 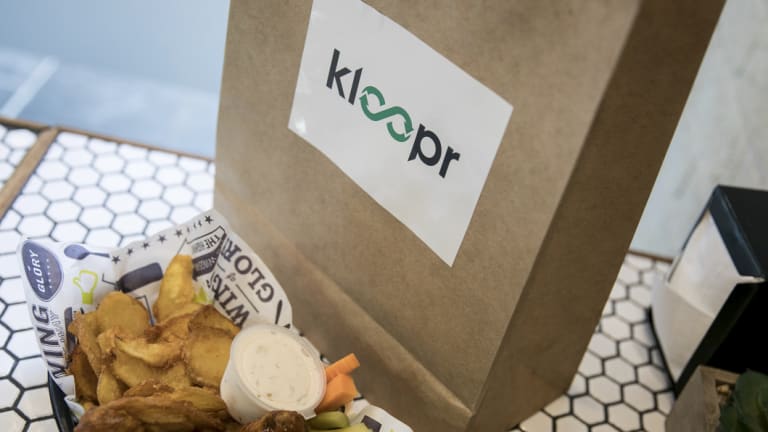 Kloopr launched in Melbourne on Tuesday.

There have also been media reports of drivers consuming food on the way, but the pair believe Kloopr’s rating system will keep the platform honest. “These rating systems mitigate some risks and control human behaviour because it’s a reward and punishment system.

“We know that there’s been a lot of speculation about food being stolen or delivery drivers not arriving on time. We can’t stop people from stealing food, it will happen, but the rating system will sort this out and ensure there’s no more jobs for them,” Lee Wim says.

The Department of Health and Human Services warns that restaurants shoulder the responsibility for how the food arrives to customers.

Spokesman Graeme Walker says: “The owner or operator of a food premises has a responsibility to ensure that food is delivered to customers in a safe and hygienic state.

“The responsibility is the same whether the food is delivered to the customer at a table in their restaurant, or externally,” he says.

But some question whether or not restaurants have the capacity to stomach another market play. Founder of Order Up! John Saadie believes that restaurants are sick of having so many different tablets and devices in their restaurants. “Even if it’s free setup, it still requires an investment of time from the restaurant.”

Order Up! enables food retailers to manage their online order, payments and delivery logistics under their own brand. It counts Nando’s Caltex and Grill’d among platform subscribers.

Anyone entering this space will need deep pockets to get any traction against Uber Eats and Deliveroo, Saadie adds.

“If another global, well-funded company exited Australia only recently, I think it will be an uphill battle to take on the incumbents. Even though Kloopr is pitching cheaper rates, they will face the same problems with the delivery network as everyone who has come before them.”

Kloopr launched in Melbourne on Tuesday with plans to roll out in other states at the end of next year. The pair also believe the platform has the ability to facilitate deliveries for supermarkets.

Like Uber Eats, Klooprs will need to have a police check and will need to prove they’re an Australian resident before joining via the app.

Kloopr launched with 50 delivery workers on its books and 30 restaurants. It aims to be delivering 1,500 meals per day in three months. Financial projections show this would achieve revenues of $5,000 per day.

Beta launch restaurant partners include Drumplings on Bourke, Wings of Glory on Lt Londsale and China Bar on Russell St.