Former Perpetual chief to run MLC ahead of NAB divestment

NAB on Tuesday said it had hired Mr Lloyd as the chief executive of MLC, the wealth arm that it intends to divest by the end of next year, potentially in a new sharemarket listing. 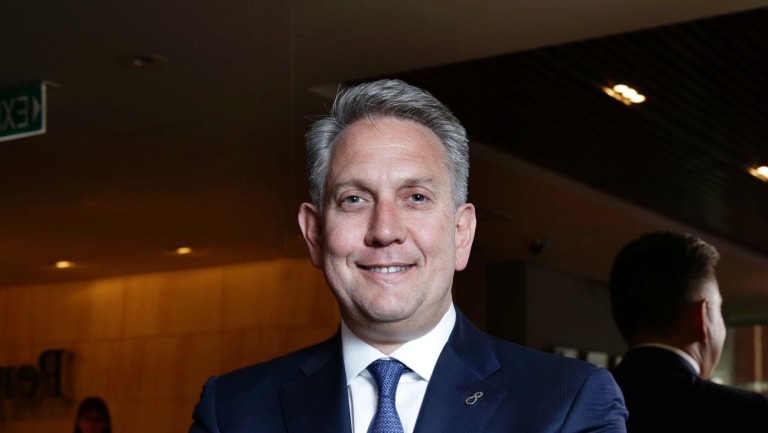 Geoff Lloyd will run MLC as NAB looks to divest the wealth business.

Mr Lloyd, who ended a six-year run as the boss of Perpetual in June, oversaw a period of major change that included significant cost-cutting and restructuring.

Mr Lloyd will work closely with NAB chief Andrew Thorburn on the divestment of MLC, which comes as Commonwealth Bank is looking to float its wealth arm, Colonial First State.

Mr Thorburn highlighted that Mr Lloyd had worked in wealth management throughout his career, which he said would help MLC as it sought to establish itself as a stand-alone business.

“The core MLC wealth management business is strong with great growth prospects and I am confident Geoff will not just assist in a successful transaction but also help realise the full potential of the new business,” Mr Thorburn said in a statement.

Mr Lloyd is currently on leave. He will start at MLC in September.

The appointment comes as wealth management firms grapple with growing regulatory pressure, following a string of scandals including in financial advice and life insurance, and shock revelations of misconduct at the royal commission into misconduct in financial services.

The big four banks, in particular, have faced scrutiny over the model of "vertical integration" – where a company distributes financial products through its advisers, as well as making the products.

Mr Lloyd, who before Perpetual has worked in senior roles at BT Financial Group and St George, said he looked forward to the new role and dealing with the "external challenges" facing the sector.

"This is an exciting challenge and opportunity to lead a business that is well positioned to grow and continue delivering for clients in the decades ahead," Mr Lloyd said in a statement.

“I’m also looking forward to playing my role in responding to the external challenges for our industry and working to grow confidence and trust in the service we deliver our customers and helping them secure their financial future."

MLC was bought by NAB in 2000 for $4.5 billion. It has since sold off the life insurance operations but still holds its financial advice, superannuation and funds management businesses. A de-merger of MLC is expected to be worth around $3 billion.