It was never going to be straightforward to find someone qualified, prepared and able to tackle the raft of challenges, some of them potentially existential, confronting AMP. So given the circumstances, perhaps it isn’t that surprising AMP has found someone who is, at face value, an unconventional choice.

Francesco De Ferrari, a US-born dual citizen of Italy and Switzerland, has a varied and somewhat unusual background – although his current role as head of Asia Pacific private banking at Credit Suisse does give him a CV that includes senior wealth management experience, even if it's in a different stream to those within which AMP operates. 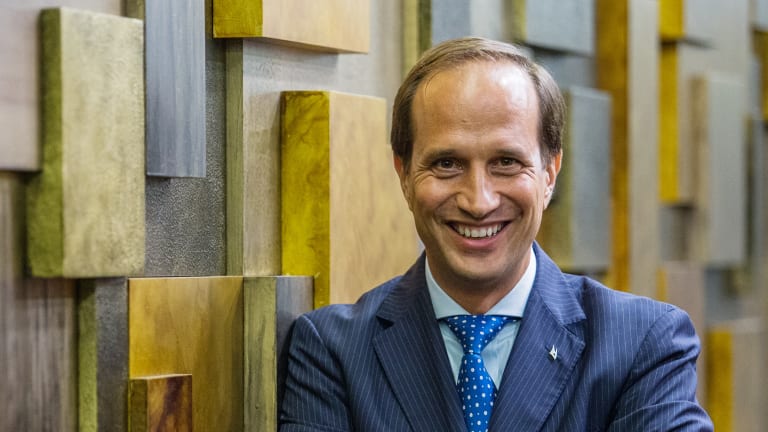 From helping Mother Teresa to pick up dying people on the streets of Calcutta to working for Nestle, owning and running an art exhibition and events company, retailing sunglasses and launching a technology company, De Ferrari had quite a varied and exotic background before his 17-year stint at Credit Suisse.

The obvious candidate for the AMP CEO role would have been someone with deep experience in the wealth management segments that AMP operates in and, ideally, someone with experience within the local industry and its $2.6 trillion superannuation system.

While there might have been a few apparently well-credentialled local candidates, the royal commission has damaged plenty of reputations and may damage more before it wraps up. That was a risk AMP doesn’t appear to have been prepared to take. It needed a "clean-skin".

License to reshape the business

AMP’s vertically integrated business model with all its inherent conflicts built into it is under direct threat from the royal commission as well as from the reputational damage and destabilisation that the commission has generated.

De Ferrari, as an outsider who has a reputation for re-creating business models and cultures with an emphasis on ethics and customer-centricity, appears to have attributes that match up well with AMP’s shortcomings and strategic needs.

It also appears that AMP’s chairman David Murray and his board have promised him a licence to redesign the group’s business model.

The easy decision (albeit not as easy in execution) for an incoming AMP CEO would be to accelerate the group’s exit from its wealth protection, New Zealand financial services and mature lines businesses, which are currently being "managed for value". Releasing capital by offloading those businesses would create financial flexibility and a simpler structure.

The more complex question is how to address the conflicts in a model that is integrated from product manufacturing through to a distribution network that includes an army of owned and "aligned" financial planning businesses and advisers, the source of the more embarrassing and costly controversies the group has experienced.

There is also a risk that a trickle of money outflows in AMP’s wealth management business in the wake of the damaging royal commission hearings turns into a flood.

De Ferrari is being paid handsomely to join AMP — $11.7 million over the next three-and-a-half years in a combination of compensation for the loss of his existing benefits at Credit Suisse and more conventional base salary and incentives, as well as up to $6 million of scrip-based rewards if he can get the AMP share price, now trading at $3.45 or so, above $5.25 a share by 2023.

If he can do that, which implies he would have "fixed" AMP and set it on a sound and profitable strategic path, he’d have deserved it.