Future Fund on the hunt for private equity growth

Australia's $200 billion sovereign wealth fund is considering lifting its exposure to private markets such as venture capital to benefit from the growth of innovative companies, but warns finding value in current market conditions is challenging.

The Future Fund's  deputy chief investment officer Wendy Norris told the Australian Investment Conference on Wednesday that private equity investments were an increasingly important part of portfolio construction in an age of "growing private markets on the one hand and shrinking public markets on the other". 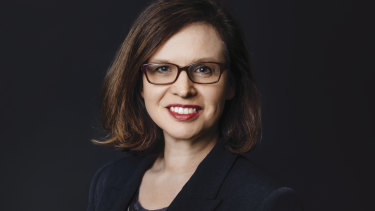 "There's lots more companies that have been successful at an early stage where you’re seeing that really consistent outperformance. We're certainly interested in the market, it's great to have  Australian venture [capital] in your portfolio," Ms Norris told the Sydney Morning Herald and The Age.

Ms Norris told the conference crowd that the the Future Fund has $25 billion in private equity investment at June 30, 2019 and 16 per cent of its total investments were placed in this asset class.

"Privately held investments have grown twice as fast as public markets in the last decade. Private markets now account for more than US$6 trillion of market value — almost 10 per cent of global investment assets," she said.

"In the venture space, we seek to invest in strategies that we can’t readily access in public markets — innovation and small company growth," she said.

The fund had to negotiate the risks of investing this way in the current economic climate, she said.

This is because loose monetary policy has meant investors have more money to invest and private markets look more attractive, though the complex global environment makes it challenging to find value and investing in private markets creates less flexible portfolios.

"The return dispersion between best and worst performing venture funds is large, and average market performance has been, well, average," she said.

"Fundamentally, we’ve got to have confidence that the manager stacks up, and seeing the opportunities that they have been able to capitalise on in the past."

The Future Fund takes a global approach to investment and this includes an interest in China, where Ms Norris said the investment team was taking a "thoughtful" approach to the risks and rewards of the nation's growing venture capital market.

The Future Fund has returned more than 10 per cent over the past decade and stood at $162.2 billion at June 30.

Its annual return was 11.5 per cent over the past 12 months, despite what the board called "volatile market conditions".

In June, the fund's chief executive David Neal said the investment team was prioritising "diversification and flexibility" as it faced a challenging global investment climate.

Australia's private equity market has billions in capital yet to be deployed: The Australian Investment Council estimated levels of "dry powder" hit record levels in last year, at $US14.8 billion ($21.3 billion).