How coronavirus is shaking up Hollywood

New York (CNN Business)Netflix is the king of streaming: It had 167 million subscribers around the world — before the entire world was forced inside because of the coronavirus outbreak.

The company is set to report its earnings after the bell Tuesday, and investors are eager to learn how the pandemic has altered Netflix’s business, viewership and subscriber count.
Netflix’s (NFLX) own subscriber forecast is roughly 174 million worldwide — growth of around 7 million from last quarter. Bernie McTernan, a senior analyst at Rosenblatt Securities, believes the company should blow that number out of the water thanks to a boost from people being stuck at home.

“It’s no surprise that streaming is surging right now. This is an unprecedented opportunity for Netflix,” McTernan told CNN Business. “Everyone believes it will be a massive beat. The question is how massive will it be.”
As demand for streaming video grows, Wall Street investors are growing hopeful that Netflix will soon raise prices, McTernan said. But that could be a tough pill for many customers to swallow with so many people out of work.

“I think bullish investors will say that higher usage means greater pricing power for Netflix. Bearish investors will likely say that economic slowdown plus more competition could mean less pricing power,” he said. “If there’s any insights on future pricing, then that’s big.”
Netflix’s stock has been surging: It’s up 30% this year. It finished at a record high Thursday, boosting its market value to nearly $193 billion. That eclipsed Disney’s market value of $184 billion. When Disney’s stock hit an all-time high in November 2019, its market value was twice Netflix’s.
Disney (DIS) has been crippled by the outbreak with its parks shut down and its films delayed, but its Disney+ streaming service has been thriving. It crossed the 50 million subscriber mark earlier this month, which put it within striking distance of its long-term goals. 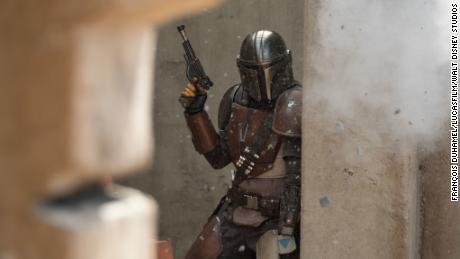 Like its competitors, stoppages in production because of coronavirus could pinch Netflix’s content supply chain, McTernan noted. Netflix could weather the storm if its massive library keeps pumping out hits like “Tiger King: Murder, Mayhem and Madness,” but that’s no sure thing.
“Tiger King,” which tells the story of the life of Joseph Allen Maldonado-Passage, aka Joe Exotic, has been the breakout hit of the last couple of weeks. It has spawned online discussion, memes and opinion pieces. Not to mention, a huge viewership.
Roughly 34 million unique viewers watched the series over the first ten days of its release, according to Nielsen. However, that number doesn’t include viewers outside of the United States, so Netflix will likely flaunt more detailed numbers about the series.
Netflix may also have a lot to say about its streaming rivals, which have been ramping up.
Peacock, the Comcast (CCZ)-owned streaming service from NBCUniversal, launched on April 15 for Comcast’s X1 and Flex customers and CNN’s parent company WarnerMedia is set to release its new service, HBO Max, next month.

This has been the worst time ever for airlines. A virtual halt of air traffic has crushed sales, and this week investors will start to see just how bad the damage is.
Delta Air Lines (DAL) is scheduled to be the first major airline to report first quarter results Wednesday. Southwest Airlines (LUV) follows with results Thursday. They could both report their first losses in years.
The losses will be narrower than in the current quarter, because travel wasn’t hurt nearly as badly in January as it was in February and March — and US flights were still strong in February.
But March traffic ground to a near halt. The guidance for the second quarter could be even worse.
Earlier this month Delta CEO Ed Bastian told airline employees that the carrier expects revenue to be down 90% in the second quarter and that the industry has yet to see a bottom of the crisis.