Humm directors to exit after collapse of Latitude deal

The majority directors at consumer lender Humm have resigned following the collapse of a deal to sell the company’s consumer finance arm.

In an update to the ASX released on Wednesday morning, the majority directors said they could not remain on the board with Humm founder and majority shareholder Andrew Abercrombie. 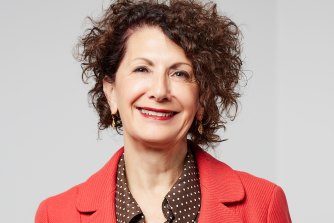 Humm Group chairman Christine Christian will resign from the board after a replacement is found. Credit:Nine

Abercrombie waged a campaign to shareholders to reject the deal to sell Humm’s consumer finance business to Latitude Financial, labelling it a “garage sale” and arguing it undervalued the company.

“The events leading to the termination of the proposed sale of Humm Consumer Finance to Latitude Group Holdings Limited … have caused the majority directors of Humm group limited to conclude that they cannot remain on the Board of Directors with Andrew Abercrombie,” the statement said.

“The majority directors believe that it is in shareholders’ interests for changes to the composition of the Board of Directors to be made in an orderly fashion. This will enable a new Board of Directors to take the Company forward and deal with the challenges and opportunities ahead,” they said.

Humm Group, formerly known as Flexigroup, earlier this year agreed to sell its consumer finance business to Ahmed Fahour-led Latitude Financial for $335 million, in a deal that would ramp up Latitude’s push into the BNPL sector, while leaving ASX-listed Humm as a commercial finance business.