Ingraham: It's time for US to cut all ties with China 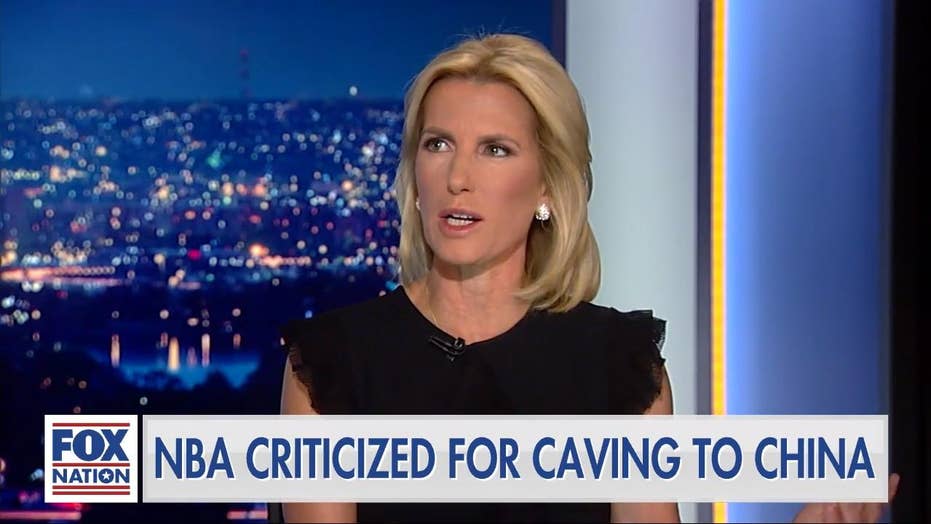 Ingraham: It’s time for US to cut all ties with China

"The Ingraham Angle" host, Laura Ingraham, slammed U.S. athletes for their refusal to distance themselves from China in a show of support for pro-democracy protestors in Hong Kong and she went a step further, calling for the United States to sever all relations with the communist regime.

"I think we should cut ties with China across the board."

"I think we should cut ties with China across the board," Ingraham said on Fox Nation's "Laura and Raymond."

Ingraham was responding to the long-standing question of whether the NBA and associated athletes are morally obligated to cut ties with China given their human rights violations and lack of religious tolerance.

Many U.S. athletes have remained silent on the issue, afraid to rock the boat and risk ruining their relationship with the Chinese, explained Ingraham.

"This is a very interesting moment in our country," said Ingraham on players who have chosen to stay silent. "This has forced the issue of human rights and social justice that a lot of these players are proud to stand for at home, when it costs them nothing, suddenly, it costs them something and the zipper goes across the mouth."

NBA Commissioner Adam Silver made clear that he in no way intends to distance from China, a decision which he claims to be in the best interest of the league. And while players remained silent while on mainland China, the league’s most vocal critics of President Trump, his administration and societal issues also mostly chose to stay quiet, opting to either “learn more” about the situation — or take more shots at the White House.

Commenting on the latest, Ingraham slammed the athletes for prioritizing their business agenda and called for the United States to step in and sever all ties with China if the NBA and U.S. athletes won't. Her bold call comes amid recent headway in trade negotiations between the two countries.

"They're a communist force, they're subjugating, oppressing, demonizing their own people and now they have so much outsized market influence, who's gonna say no to that," Ingraham said.

"They have a million people in concentration camps…I mean…somehow because China has all this coin they're a growing marketplace, and this is why it was so dangerous for the United States to allow China to become so powerful economically and to help them," she added.

Fox Nation programs are viewable on-demand and from your mobile device app, but available only for Fox Nation subscribers. Go to Fox Nation to start a free trial and watch the extensive library from Tomi Lahren, Pete Hegseth, Abby Hornacek, Laura Ingraham, Greg Gutfeld, Judge Andrew Napolitano and many more of your favorite Fox News personalities.