It’s a long-held belief that market timing and investing are mutually exclusive, but the two strategies work well together in producing solid returns over a number of years. The effort requires a step back from the buy-and-hold mindset that characterizes modern investing and adding technical principles that assist entry timing, position management and, if needed, early profit taking.

This set of technical tips can guide your investments through a gauntlet of modern market dangers.

Look back and you’ll notice that bull markets ended in the sixth year of the Reagan administration and the eighth years of both the Clinton and Bush administrations. The Obama/Trump bull market has been going strong since 2009. These historical analogs and cycles can mean the difference between superior returns and lost opportunities. Similar long-term market forces include interest rate fluctuations, the nominal economic cycle and currency trends. (For more, see: 4 Stages of the Economic Cycle.)

Financial markets also grind through annual cycles that favor different strategies at certain times of year. For example, small caps show relative strength in the first quarter that tends to evaporate into the fourth quarter, when speculation on the new year reawakens interest. Meanwhile, tech stocks tend to perform well from January into early summer and then languish until November or December.

Both cycles roughly follow the market adage to “sell in May and go away,” a strategy based on the historical underperformance of stocks in the six months starting in May and lasting through October versus the November to April period.

Buy in Ranges That Are Setting up New Trends

Markets tend to trend higher or lower about 25 percent of the time in all holding periods and get stuck in sideways trading ranges the other 75 percent of the time. A quick review of the monthly price pattern will determine how the prospective investment is lining up along this trend-range axis. These price dynamics follow the old market wisdom that “the bigger the move, the broader the base.”

[If you’re attempting to enter and exit trades in a timely fashion to maximize your profits, you will need to rely on a variety of indicators and tools to increase your chances of success. A great place to start is the Technical Analysis course on the Investopedia Academy, which includes interactive content and real-world examples to help you improve your trading skills.]

Buy Near Support Levels, Not Resistance

The worst thing an investor can do is to get emotional after an earnings report, using it as a catalyst to initiate a position without first looking at current price in relation to monthly support and resistance levels. The most advantageous entries come when buying an equity that has broken out to an all-time high or is coming off a deep base on high volume. 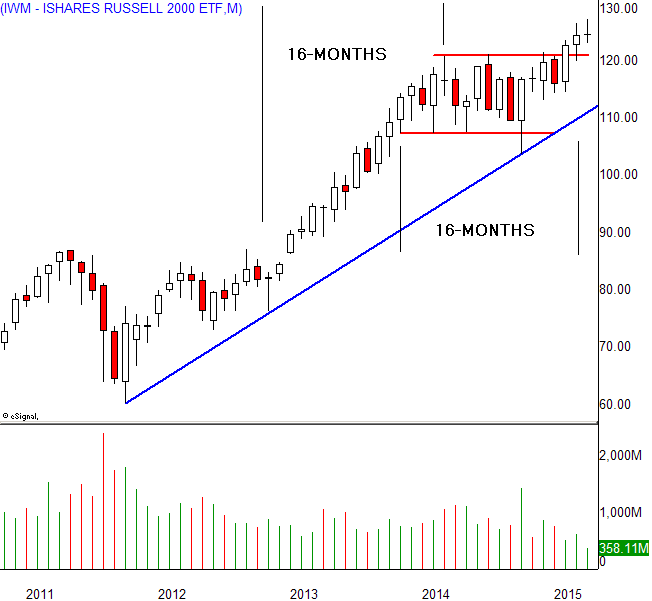 The iShares Russell 2000 (IWM) exchange-traded fund (ETF) broke out of a two-year trading range in 2012 and gained 45 points in 16 months before easing into a new range that lasted another 16 months before yielding a fresh uptrend. Investors felt bullish in the upper half and bearish in the lower half of the 2014 range, although buying into the most negative sentiment at the bottom of the range offered the most profitable entry. (For more, see: Day Trading: Top Scenarios to Take Profits.)

Traders are taught not to average down or catch falling knives. Still, investors benefit when building positions that have fallen hard and fast but show characteristics of bottoming out. It’s a logical strategy that establishes preferred average entry and capitulation prices, buying tranches around the magic number while the instrument works through a basing pattern. If the floor breaks, execute an exit plan that disposes of the entire position at or above the capitulation price. 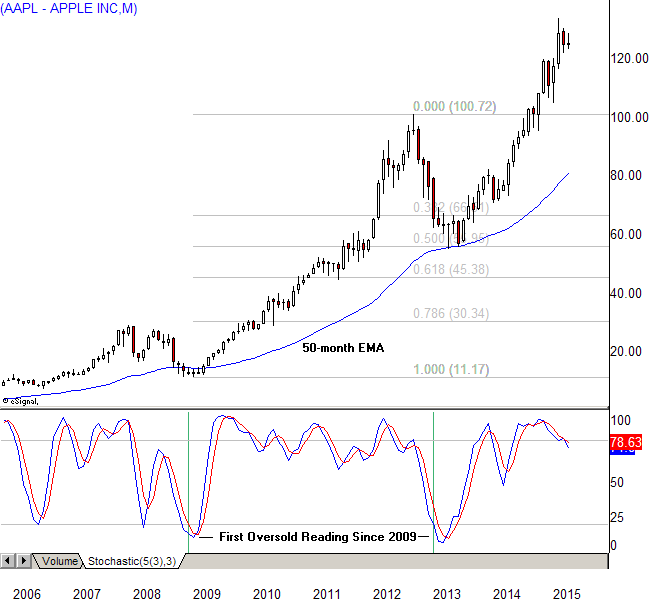 Apple Inc. (AAPL) shares topped out at $100 after a powerful rally and entered a steep correction. Prospective investors can pull up a Fibonacci grid stretched across the four-year trend and identify harmonic levels that could attract strong buying interest. The clearly marked retracements support buying the first tranche of a new position when the decline reaches the 38.6 percent retracement at $66.

The descent continued to the 50 percent level at $56, while monthly stochastics crossed the oversold level for the first time since 2009 and price settled on the 50-month exponential moving average (EMA), a classic long-term support level. Investors had another four months to build positions within the evolving base, ahead of an uptrend that reached an all-time high in 2014. (See more in: Use Weekly Stochastics to Time the Market Effectively.)

Algorithmic cross-control between equities, bonds and currencies define the modern market environment, with massive rotational strategies in and out of correlated sectors on a daily, weekly and monthly basis. This exposes the portfolio to elevated risk because seemingly unrelated positions may be sitting in the same macro-basket, getting bought and sold together. This high correlation can destroy annual returns when a “black swan” event comes along.

Mitigate this risk by coupling each position with a related index or ETF, performing two studies at least once a month or quarter. First, compare relative performance between the position and correlated market, looking for strength that identifies a sound investment. Second, compare correlated markets to each other, looking for relative strength in the groups you’ve chosen to own. You’re firing on all cylinders when both studies point to market leadership. (Read more about Black Swan Events and Investment.)

Buy-and-Hold Until There’s No Reason to Hold

In a passive approach, investors sit on their hands regardless of economic, political and environmental conditions, trusting statistics that favor long-term profitability. What the numbers don’t tell you is that they’re computed with indices that may have no correlation to your exposure. Just ask shareholders who bought into the coal industry during the time President Obama was in office. As a result, it makes sense for investors to identify a capitulation price for each position.

Your profitable investments may also require an exit strategy, although you initially planned to hold them for life. Consider a multi-year position that finally reaches a historic high going back between five and 20 years. These lofty price levels mark strong resistance that can turn a market and send it lower for years – so it makes sense to take the profit and apply the cash to a more potent long-term opportunity. (For more, see: Simple and Effective Exit Trading Strategies.)

Market timing rules that use classic technical analysis benefit investments and other long-term positions by finding the best prices and times to take exposure in order to book profits. In addition, these timeless concepts can be utilized to protect active investments by raising red flags when underlying market conditions change significantly. (To learn more, see: Buy-and-Hold Investing vs. Market Timing.)