The National Australia Bank has been secretly working on a mammoth project to tackle problems with its identification of high-risk customers, amid concerns the bank will face higher costs as it scrambles to fix flaws in its financial crimes compliance.

The Age and The Sydney Morning Herald can reveal that NAB has enlisted global consulting firm Accenture and hired additional staff to work on “Project Apollo” after a string of internal reviews on its anti-money laundering policies were rejected by the financial crimes regulator. 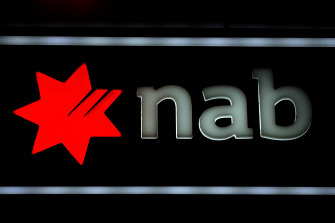 Among other things, Apollo involves the examinination of hundreds of thousands of customer profiles that have been identified as problematic, with the aims of deleting duplicate accounts and debanking high-risk customers, according to multiple sources familiar with the project who requested anonymity because they were not authorised to speak about it publicly.

The Australian Transaction Reports and Analysis Centre (AUSTRAC) sent a letter to NAB last Friday to notify the bank of an escalation of its investigation into potential serious and ongoing non-compliance with anti-money laundering laws.

The letter came amid heightened concerns within financial institutions about anti-money laundering (AML) compliance, with both Westpac and CBA hit with stiff penalties from AUSTRAC in recent years following breaches.

NAB chief Ross McEwan this week acknowledged the need for further improvement in the bank’s approach to financial crime and pointed to the $800 million invested in these operations since 2017.

But JPMorgan analysts said the AUSTRAC announcement suggested NAB’s investment “has not been sufficient to lift its capability to the desired level”, and the need to invest more in the area could limit Mr McEwan’s ability to cut costs. Citigroup analysts also said higher costs at NAB were “inevitable”.

Sources familiar with Project Apollo described it as a “huge” remediation project. “The head count is massive, it takes up at least a third of the current financial crime workforce at the moment,” one source said.

Former NAB staff have said it is common to find bank accounts with falsified identification documents and incorrect personal information, including country of residence or occupation, which creates major red flags for complying with anti-money laundering laws.

“We would come across profiles set up by government ministers, they were rated low [risk], then you realise these guys are [politically exposed persons] and should be under far more monitoring than usual.”

One of the sources said 20-year-old bank accounts had been discovered with the occupation of the account holer listed as “student”, which indicated NAB had “failed to do ongoing customer due diligence”, potentially enabling criminal activity to occur unchecked.

Multiple sources have also said NAB’s core technology systems are over two decades old, meaning analysts often have to manually trawl through years worth of bank statements to identify suspicious transactions once a customer has been reclassified as high-risk.

Multiple sources claim these audits were rejected by AUSTRAC for not sufficiently addressing systemic problems with NAB’s approach to preventing financial crime. “They said you’re doing it all wrong, we had to re-do the project. We had to do that five times,” said one of the sources.

These reviews, one of which was dubbed ‘Right First Time’, often resulted in the bank’s management becoming aware of additional weaknesses in its anti-money laundering (AML) program, in what one source likened to a “Russian nesting doll”.

“When you think you solve one problem, you uncover another two problems.”

Anti-money laundering expert and Arctic Intelligence founder Anthony Quinn, who does not have direct knowledge of NAB’s AML program and was speaking generally, said retrospectively identifying and monitoring high risk customers was an enormous task for a bank.

“These are systemic issues, it’s a major issue if you’re not identifying high risk customers and you’re not monitoring them. It doesn’t get much worse than that. It’s a big problem to fix,” Mr Quinn said. “Some of those could be known terrorists, known criminals.”

Mr Quinn said errors in obtaining basic customer information could signal wider problems with a bank’s AML program. “Customer identification is a core pillar of the AML regime, but also it has a causal link to transaction monitoring and surveillance. If you’re not classifying higher risk customers accurately then it is highly likely to compromise other aspects of the AML program.”

Mr Quinn called for banks to be subject to regular, independent audits. “Banks play an important role in protecting Australia against criminal networks.”