It's not in the interests of the banking industry’s regulator to frighten the horses. Instead, it has to walk a tightrope that ensures banks avoid risky lending without promoting a credit crunch that would damage them.

So it probably shouldn’t come as too much of a surprise that the Australian Prudential Regulation Authority has given the industry a pretty good report card on its lending standards, suggesting the hard work was done.

And based on comments made by APRA chairman Wayne Byres on Wednesday, the regulator is not about to meaningfully tighten lending standards further. 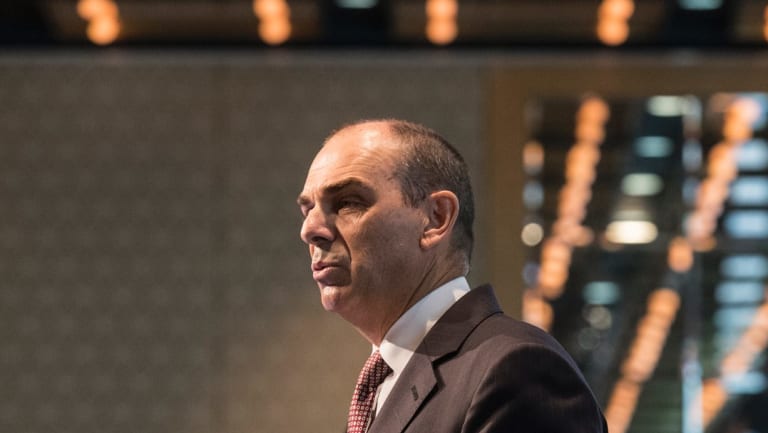 APRA chairman Wayne Byres has given the banks the all clear.

Of course the report card said there was room for improvement, but based on the really important metrics that govern a bank’s risk or systemic risk, the regulator showed a pretty relaxed attitude.

Having watched the progress of the royal commission into banking, there would be many who may not agree with Byres' contention that the banks have completed most of the heavy lifting on lending standards.

Plenty of lifting left to be done

Most banking analysts expect that the royal commission’s findings will recommend some additional restrictions on banks – not the least of which would be to better adhere to the law on responsible lending.

Byres checked off the progress of banks using two key measures. The first of those is to ensure that when providing customers with a loan, banks have a closer understanding of any other loans those customers might have. It’s called Comprehensive Credit Reporting.

Many banks are getting the groundwork ready for comprehensive credit reporting. But it is a work in progress and nowhere near completion. There's still quite a bit of lifting left to be done by the industry.

APRA’s view is that once a bank lender has a clearer view of its customers pre-existing debt commitments, it can better set limits around the total debt in relation the customer income.

The other measure of lending standards under scrutiny has been the comprehensive understanding of a customer's expenses, and how lenders have assessed these costs.

Once again the royal commission hearings highlighted that lenders relied way too much on a theoretical index of household expenditure to measure how much households spend, rather than drilling down into what each customer actually does spend.

There are signs that some banks are upgrading their expense measures by categorising them, or by accessing other customer information like credit card debt, transaction accounts and reducing their reliance on the expenditure index known as HEM, but again, it is early days. Still plenty of lifting to do.

In a broader sense APRA has undertaken fairly extensive moves to de-risk bank lending, using caps on growth in investment loans and setting benchmarks on interest-only loans. (The investment loan cap has now been removed.)

Clearly it had the desired effect of taking the heat out of these two areas and low-deposit lending, but Byres said it didn’t lead to a credit crunch and that credit growth even today stands within the long-term average.

Nothing to gain with glass half-empty view

Positivity and optimism aside, credit tightening is clearly a front-and-centre concern for banks and their shareholders. And the only thing standing between the banks increasing their interest rates is fear of a government and public relations backlash.

Over the past few months, growth in credit has slowed particularly around mortgages.

Few would argue with Byres' assessment that Australia’s banks are sound in an absolute sense, and relative to offshore banks. Capital buffers are strong.

‘The banking system’s funding profile has improved considerably since the global financial crisis, and asset quality remains solid," he said. "All in all, it’s a pretty positive financial story.’

It is clearly not in APRA’s interests to present the glass half-empty view.