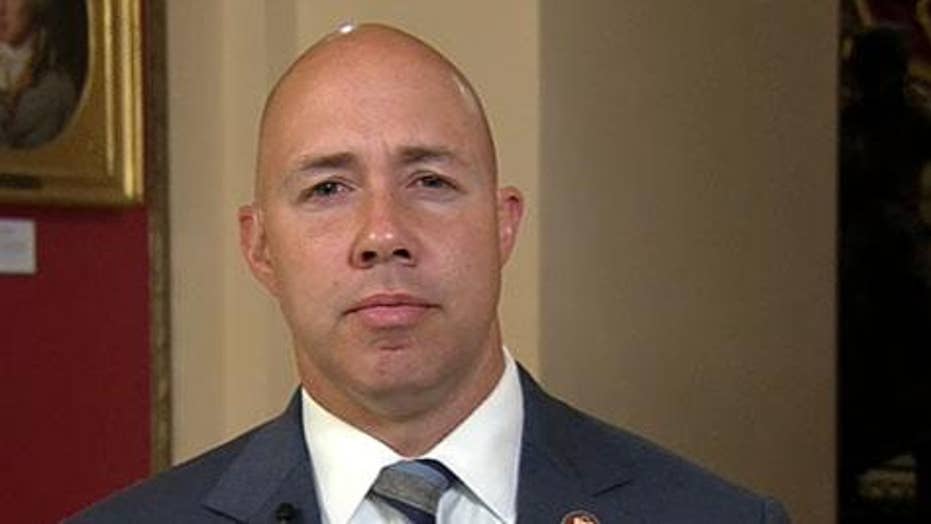 Veteran Rep. Brian Mast, R-Fla., said Friday that he couldn't be "more amazed" by those "taking Iran's side" after the rogue regime fired missiles at an airbase in Iraq which hosted American troops.

The strike, which left no American casualties, is believed to have been tied to the downing of a Ukrainian passenger jet carrying 176 people. All passengers on board were killed.

Appearing on "Fox & Friends" with hosts Steve Doocy, Ainsley Earhardt and Brian Kilmeade, Mast said that he felt compelled to deliver his speech on the House floor on Thursday – discussing the War Powers Resolution passed later that evening – because lawmakers "need to be comfortable with the fact that we are justified to remove [terrorists] from the battlefield."

"And, this is a common theme from the left, these American apologists that like to go out there and say that because America did something this resulted in some other country going out there and taking some unnecessary actions, some ill-fated action," said Mast. "And, it's not the Americans' fault. It's the fault of those that went out there and took those actions themselves."

2020 presidential candidate, South Bend, Ind., Mayor Pete Buttigieg wrote on Twitter Thursday that "innocent civilians are now dead because they were caught in the middle of an unnecessary and unwanted military tit for tat."

"It wasn't unnecessary, that's for sure," Mast replied.

"We take very seriously our fallen," he noted. "And, what this is, is a response to all of those that have been killed."

"And, part of the way that we remember those that have been killed is we don't forget who killed them. And, we make sure that there is a reckoning. And, it's unfortunate that there are so many that forget about that," Mast added.

In an airstrike last week, the United States killed Iranian General Qassem Soleimani near the Baghdad International Airport. The U.S. took out Soleimani because it says he is responsible for the deaths of hundreds of U.S. forces and was in the process of plotting the deaths of many more.

The House Foreign Affairs Committee member said that Soleimani "should be looked at no differently than al-Baghdadi or Cigar Gari or bin Laden or any other terrorist that we have removed from this world" and that the world is better for "not having him in this place."

"His life's work was to kill and maim our U.S. service members," Mast told the "Friends" hosts. Soleimani "ended up in a number of pieces on the side of a road next to the Baghdad airport. And, that's exactly the way it should have ended for him."