Stocks are breaking out and look set for new highs, says this chart

The stock market is kicking off this earnings-heavy week by sizing up President Trump and Iran’s latest war of words.

And trade tensions are staying in the mix, after a big G-20 meetup wrapped up with little progress on that hot topic.

“I’d love for these trade-war headlines to go away so that we could get back to business,” writes CrackedMarket’s Jani Ziedins to his subscribers. “But not going down is the next best thing. The market’s resilience impresses me.”

Get ready for the S&P 500 to jump to new highs, says our chart of the day from Cam Hui over at Humble Student of the Markets. He has shared the graphic below that shows the index breaking out of a cup-with-handle pattern, a chart formation that many technical analysts love to see.

The breakout is holding up, and the next stop for S&P could be in the area of 2,925 to 2,960, according to Hui. That type of advance would take the benchmark above its January record close around 2,873.

“While the long-term forecast calls for caution, the near-term outlook looks bright,” Hui tells his subscribers.

“The upside breakout of the SPX from its cup-and-handle formation confirms that the bulls have taken control of the tape.”

Other pundits are singing a similar song.

“Short- to medium-term, I’m positive on the major stock market indexes in the U.S. — my base case scenario remains that the S&P 500 makes new all-time highs, getting above 2,873, before the next bear market,” says Nick Reece at Merk Investments. “However, I’m cautious over the medium to longer term.”

And see: Dennis Gartman says an ‘exaggerated’ and ‘stunning’ rally may be on the way 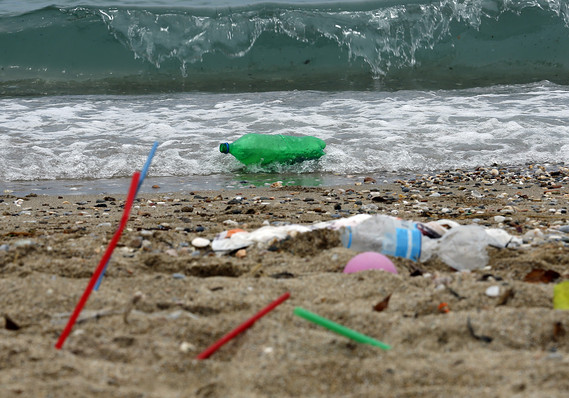 There’s nothing like splashing in the waves with family, friends and the plastic garbage that’s floating in the water. People want to eliminate that last bit from their beach day, and that helps explain the growing movement to cut down on the use of plastic stuff, including straws and bags.

Investors could be underestimating what this war on plastic means, says our call of the day from Nick Stansbury, a fund manager at Legal & General Investment Management. The backlash is bearish for oil companies XLE, -0.35%and crude prices, he suggests.

“Investors need to recognize the risk that long-term oil demand growth cannot be relied upon as plastic and therefore, oil consumption, is dramatically reduced,” says the LGIM strategist, referring to the fact that plastic items are made from oil.

“Peak demand is coming sooner than many believe. The destabilizing effect on oil markets will be profound, and we believe that investors, and oil companies, need to start taking those risks more seriously.”

Trump blasted Iranian President Hassan Rouhani last night, warning him in an all-caps tweet to never threaten the U.S. again. That came after Rouhani had warned Trump not to pursue a hostile policy toward Iran.

A gunman opened fire on a busy Toronto street last night, killing one person and injuring 13 others. The shooter was killed after he fired a handgun at police.

A reading on existing home sales is due at 10 a.m. Eastern.

Fiat Chrysler’s U.S.-listed shares FCAU, -1.08%FCA, -2.84%are falling in premarket action after the company said Sergio Marchionne was ailing and appointed Mike Manley as its new CEO. The Marchionne news also appears to be weighing on shares in Ferrari RACE, -1.77% , CNH CNHI, -0.87%and Exor EXO, -3.57% .

Papa John’s PZZA, +1.16%board has adopted a “poison pill” to prevent embattled founder John Schnatter from gaining a controlling interest in the pizza chain.

The head of Amazon’sAMZN, +0.04%  U.K. business reportedly has warned there could be “civil unrest” in the country if it leaves the European Union without having reached a transition deal with Brussels. 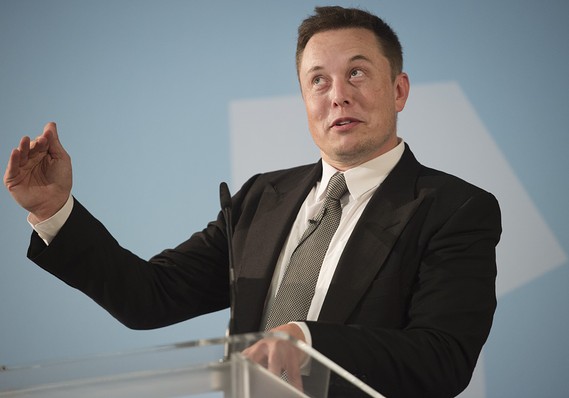 And see: Tesla earnings — investors should gear up for more drama

The longest total lunar eclipse of the century is coming Friday.

Some Ritz Cracker products are being recalled over a salmonella risk.

Need to Know starts early and is updated until the opening bell, but sign up here to get it delivered once to your email box. Be sure to check the Need to Know item. The emailed version will be sent out at about 7:30 a.m. Eastern.

And sign up here to get the Friday email highlighting 10 of the best MarketWatch articles of the week.