The regional lender on Monday said it would offer customers short-term interest-free loans of up to $1000, which would be quickly approved through an app and must be paid back over four fortnightly instalments. 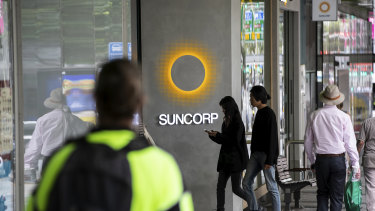 Suncorp will join the stampede into the buy now, pay later sector.Credit:Attila Csaszar

The move comes as a growing number of banks and payments businesses including Commonwealth Bank, Citi and PayPal all enter the BNPL stampede. The trend points to growing competition in booming BNPL sector, which includes specialist players such as Afterpay, Zip Co, Sezzle and a range of smaller specialist players.

Suncorp said customers would be able to use its BNPL offer, which would include a physical Visa debit card, wherever Visa was accepted around the world.

The rapid growth of the BNPL sector, which was thrown into the spotlight by last month’s $39 billion proposed takeover of Afterpay, has occurred as younger customers in particular have moved towards BNPL instead of credit cards.

Mr Van Horen said the BNPL service would be available on Suncorp’s app, and customers would receive a physical card as well.

Like the products announced by CBA and Citi, Suncorp’s BNPL offer will not charge merchants additional bank fees beyond what they pay for accepting credit cards.

The service will cap late fees at $10 per purchase, and customers will have a two-day grace period for missed repayments.

Unlike credit cards, banks and BNPL operators are not required to undertake a full credit check on customers when offering BNPL products because they are not considered a type of credit under the law.

Visa’s country manager for Australia, Julian Potter, said: “The Buy Now Pay Later sector is rapidly evolving as consumers increasingly look for flexibility and choice in the way they pay, both in-store and when shopping online.”

Suncorp’s launch is a sign of BNPL services becoming increasingly mainstream, which some analysts think could put pressure on the margins of specialist providers such as Afterpay and Zip.

In response to previous attempts to undercut what merchants pay, however, Afterpay and Zip have argued they provide retailers with extra value beyond the payment service, because of the referrals they send.

The Reserve Bank has also signalled it is inching towards tighter regulation of BNPL firms, as they become more popular and major financial institutions enter the fray.