The future of renewable energy could look very different under Biden

London (CNN Business)For all their environmental overtures, banks are still pumping billions of dollars into fossil fuel companies. That could become a high-priced habit, as regulators move to tighten rules around how lenders reflect climate-related risks in their accounts.

What’s happening: The European Central Bank said last week that it will start conducting “in-depth” assessments of how bank balance sheets account for climate risks in 2022.
Banks will, for example, be expected to disclose how flooding and storms could affect the value of their real estate portfolios and customer supply chains, as well as take into account losses that could arise if businesses adjust their operations to be less carbon intensive.

“Ensuring that banks’ balance sheets also reflect climate-related and environmental risks is a prerequisite not only for the resilience of the banking sector, but also for the accurate pricing of these risks,” the ECB’s supervisory arm said in a statement on Wednesday, adding that it will begin discussions with lenders on the new approach early next year. 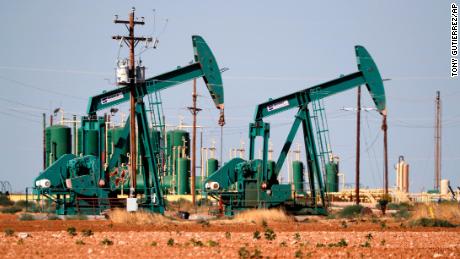 It’s a major sign that financial regulators are not going to leave climate supervision solely to governments — and with good reason.

See here: Oil majors BP (BP) and Shell (RDSB) provide a cautionary example of what can happen to asset values as a result of climate-related shifts in the economy. Both companies have written billions of dollars off their books this year because the pandemic has changed the trajectory for oil prices — and both are dramatically accelerating their move into cleaner energy as a result.
With that in mind, it’s only a matter of time before America’s leading investment banks, which are much bigger fossil fuel funders than their European counterparts, are forced to get a handle on their climate exposures.
The US Federal Reserve has already put lenders on notice. In a first, it directly addressed the implications of climate change for banks in this month’s financial stability report, saying that better disclosure could improve the pricing of climate risks and avoid the kind of abrupt changes to asset prices that cause financial system shocks.
“Federal Reserve supervisors expect banks to have systems in place that appropriately identify, measure, control, and monitor all of their material risks, which for many banks are likely to extend to climate risks,” the Fed said.
JPMorgan Chase (JPM), Wells Fargo (WFC), Citi (C) and Bank of America (BAC) top a list of global banks funding fossil fuel firms. Since 2016, the four banks have poured over $800 billion into companies in the coal, oil and gas sectors, according to a report by the Rainforest Action Network, an environmental group. 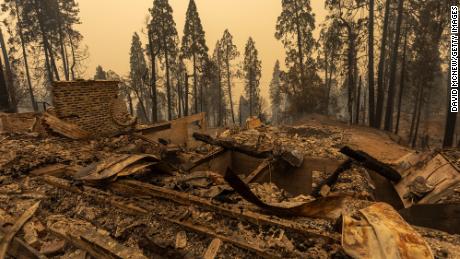 Some major banks have recently pledged to align financing with the Paris climate goals, but the details remain hazy and the sheer size of their exposures mean it’ll be easier said than done.
Big picture: Aside from damaging the planet, climate change could lead to heavy losses at banks and threaten the stability of the financial system.
More than half the syndicated loans of major US banks are in sectors of the economy that make them vulnerable to the risks posed by climate change, according to sustainability non-profit Ceres. This extends beyond loans to fossil fuel companies and includes sectors such as construction, manufacturing and agriculture.
Investors weigh in: It’s not just lenders that face a climate reckoning. Also last week, a group of global investors managing over $9 trillion in assets wrote to 36 of Europe’s largest firms, including BP, Volkswagen (VLKAF) and Lufthansa (DLAKY), calling on them to address “missing” climate change costs in their accounts.
Companies were selected based on their exposure to decarbonization risks and were urged to prepare “Paris-aligned” earnings reports that reflect what climate change means for their business.
“It would not be consistent to emphasise climate risks in the strategic report but not consider these same risks in the accounts,” the letter said. “If accounts leave out material climate risks, too much capital will go toward activities that put shareholder capital at risk. Worse still, this puts all our futures at risk.”

Hard choices ahead of a very unusual Thanksgiving

Millions of Americans are preparing to hit the road ahead of Thanksgiving. That could be a double-edged sword for the economy.
The scene: An expected surge in travel over the Thanksgiving holiday will be a welcome revenue boost for the battered airline industry and roadside businesses, but it also risks spreading the coronavirus at a time when hospitalizations and deaths are climbing. That could ultimately outweigh the short-term economic benefits of having more people moving around.
The American Automobile Association said last month that it expected 50 million Americans to travel for Thanksgiving, a drop from 55 million in 2019 but still a massive number. The trade body has since said the final tally will be lower, due to rising coronavirus infections and renewed quarantine restrictions, but carriers are still gearing up for a rare spike in demand.
Data point: United said earlier this month that it’s adding more than 1,400 domestic flights during Thanksgiving week, which it expects to be its busiest period since March. And JetBlue (JBLU) is adding 25 additional flights from the New York area to boost capacity during the final 10 days of November.
The bounce in travel and associated spending will bring much needed relief to the US economy. At the same time, close physical contact between far-flung family members could drive coronavirus cases even higher.
If more states impose fresh restrictions as result, any benefits from increased travel and spending during the Thanksgiving holiday could quickly evaporate.
Whatever your plans, please be safe. You can get the latest guidance from the US Centers for Disease Control and Prevention by clicking here.