Apps for children commonly have an engagement time of five to seven minutes, so the Aussie makers of an augmented reality app featuring Sesame Street character Grover knew they were onto something when kids wouldn't stop using it.

"When Sesame Street was testing the app the kids were in there for up to 45 minutes and had to be dragged out," says Two Bulls co-founder Evan Davey. 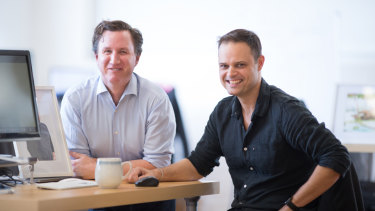 It is the latest success for the startup headquartered in the inner city suburb of Melbourne which is winning work around the world.

Two Bulls main problem is that nobody has ever heard of the business, which was founded in 2009 by three friends, Davey, Noah Harlan and James Kane (Davey and Kane met at the University of Melbourne's Trinity College).

"People don't know we exist," says Davey. "It's crazy we are working on the world stage, creating world class products, helping all these startups exit and make all this money and doing really meaningful work, but we haven't got our name out there yet."

The digital product developer counts ANZ, Disney, Qantas, the ABC and Microsoft among its clients, employs 110 staff across its offices in Melbourne and New York and turned over $17 million last year.

The products it has built include the world's first iPad powered point of sale system Breadcrumb, Australia's number one ranked kids app, The Wiggles app, Qantas' loyalty and journey apps and LIFX which enables remote control lighting from phones.

The team is also making inroads into the health care sector with an acclaimed paediatric virtual reality experience, which uses Google's Daydream system to take children on a simulated underwater journey when they undergo needle experiences.

However Two Bulls has mainly flown under the radar as a result of its focus on business to business work.

'Fake it until you make it'

Two Bulls got its start building a location-based augmented reality app, which it launched before Pokemon Go existed. It was called Hidden Garden.

"We were doing basic AR before we knew of anyone else who was doing AR and before anyone knew what it meant," says Davey.

When you are talking about building an app or a product that users are going to interact with every day, you need to understand the cultural context in which it occurs.

On the back of this, work started to flow in from the United States, including a deal to develop an app for lingerie brand Victoria's Secret, so the trio opened a "shoebox" of an office in Madison Square Gardens.

The windowless office was so modest they used to take customers past the front offices of other businesses in the building pretending the people there were their staff before taking them through to their actual office and describing it as a meeting room.

"It was full on fake it until you make it stuff," says Kane.

The United States continues to be the major market for Two Bulls' work and Kane says Australian technology businesses have a competitive advantage. 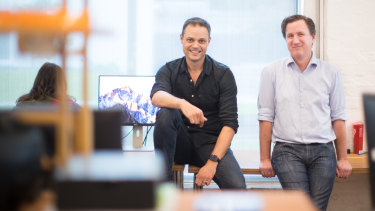 Evan Davey and James Kane of Two Bulls say they had to fake it until they made it. Credit:Simon Schluter 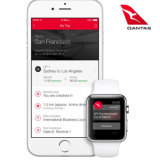 "If you offshore a project to Mumbai, or Bangalore or Eastern Europe, if it's a highly technical product and you need to throw 100 people at it to get it done, that's fine.

"But when you are talking about building an app or a product that users are going to interact with every day, you need to understand the cultural context in which it occurs.

"You can't teach that and they can't design that if they don't get what a house looks like in Australia or an American home. That's our pitch that's why we can do it."

However building a global business hasn't come without its challenges.

"When our dollar got to $US1.10, which it did during our growth period, it was incredibly tough," Davey says. "It made us lean and it made us work really, really hard and it made our processes incredibly tight.

"When it dropped again suddenly our margins went like this [Davey shoots his hand in the air] because we had learnt to deal with that environment."

We are less full of shit so we actually deliver something and then it blows their minds.

Kane says Australians have a good reputation in the United States, which has helped Two Bulls win work.

"We are less full of shit so we actually deliver something and then it blows their minds," he says.

"Our thing is demonstrable value in two months. In America they just have these sales teams that bullshit and don't deliver. Sorry that is a very rude thing to say about America."

According to Kane, demonstrable value means: "can they look at something and see that is smart, that solves a problem? That is the key". 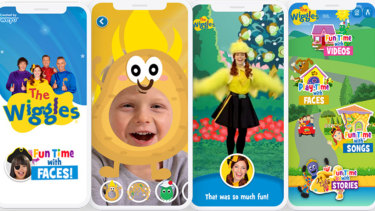 Two Bulls' quiet success provides a marked contrast to former tech darling Appster, which had a spectacular fall from grace after the app developer collapsed in December last year.

Two Bulls has taken a different approach, building up steadily over the past ten years by focusing on quality work in interesting areas.

"One thing we never wanted to be was Appster," says Kane. "Appster was growing at the same time as us. It was very deliberate, we didn't want to tie ourselves to one technology. We wanted to come in to a problem and work out what is the best product for it." 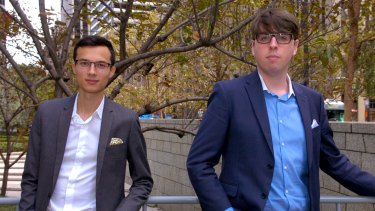 "We went the exact opposite direction, we have never had a sales department. We are much more picky with our clients. We have always been very very choosy as to who we partner with."

However sometimes this means telling potential clients they are not the right fit for Two Bulls.

"There are big customers we turn down," says Kane.

"She has has an enormous amount of domain experience, she is a doctor specialist in paediatrics but has never made a digital product before," he says.

'They offer us equity'

Davey says sometimes clients list him as their chief technical officer, but at this stage Two Bulls operates as a fee for service business.

"Often they offer us equity, which we don't ask for, because they want us to have skin in the game but it's not our model," he says.

Michael Gonski, a partner at law firm Herbert Smith Freehills, is an investor in the Wiggles app created by Two Bulls, and says the trio are "spot on" when it comes to what is coming next in technology.

"Five years ago they told me augmented reality would be the winner versus virtual reality, and that was quite a big call to make at the time," he says.

"If you look at Hidden Garden, that is what Pokemon Go is and they didn't make $10 billion but they were the first to think about it. In tech there is a lot of luck but they seem to be right on point."

Gonski says how Two Bulls positions itself is a challenge for the business in the future.

"As a business, the question is are they a venture capital fund in terms of the fact they are coming up with ideas and transferring intellectual property to their customers?" he says.

"They are perfectly placed to develop an investment firm to invest in businesses and add their incredible foresight to grow them. Even if they don’t decide to go down that route, they are a great consulting firm that will add significant value to their clients.”