Hong Kong (CNN Business)Shares in Alibaba and Tencent were rocked in Hong Kong on Thursday following reports that they could be the next casualties of President Donald Trump’s scorched earth campaign against Chinese tech.

Washington is considering prohibiting Americans from investing in the two companies, the Wall Street Journal and Reuters reported Wednesday, citing people familiar with the matter.
Such a move would be a major shock for Asia’s two most valuable companies. Alibaba (BABA) also trades in New York, so if Americans are banned from investing in the company it could be delisted in the United States.

Alibaba’s Hong Kong-listed shares fell 3.9%, while and Tencent’s stock plunged 4.7%.
It’s not clear whether the US government will actually follow through with the plan. The Wall Street Journal reported that authorities have debated whether banning Alibaba and Tencent (TCEHY) would have “wide capital-markets ramifications.” Together, the tech companies are worth more than $1.3 trillion. 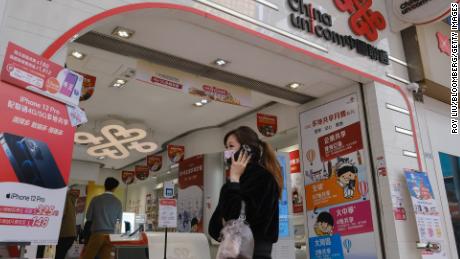 But Trump has also made it clear in recent weeks that his administration is prepared to take as hard a line against China as possible before President-elect Joe Biden takes office later this month.
Just this week, Trump signed an executive order banning transactions with eight Chinese apps, including Alibaba affiliate Ant Group’s Alipay and Tencent’s QQ Wallet and WeChat Pay. The New York Stock Exchange also said Wednesday that it would delist three Chinese telecommunications stocks to comply with a Trump order banning Americans from investing in firms that the US government suspects are owned or controlled by the Chinese military.
The order, which goes into effect January 11, bans US investors from owning or trading any securities that originate from or are exposed to those firms. Investors will have until November 2021 to divest from the companies.

The extent to which such orders will be effective remains to be seen. Notably, the NYSE abruptly changed its position on whether to banish the Chinese telecom companies twice. It clarified that it would move forward with the ban only after receiving “new specific guidance” from the US Treasury Department.
Other orders that Trump has issued against Chinese tech firms, meanwhile, have run into trouble. An order banning WeChat downloads in the United States was temporarily blocked by a federal judge, for example. Multiple courts have also issued temporary injunctions against the administration’s attempts to ban the short-form video app TikTok.
Source: Read Full Article