Trump said electing Biden would crash the markets. It didn't

New York (CNN Business)The Biden bust that the Trump campaign warned of has morphed into a Biden boom.

The S&P 500 is up 8.6% since the market close on January 20, the final day of the Trump presidency. That means President Joe Biden is on track for the strongest stock market performance during a new president’s first 100 days since John F. Kennedy in 1961, according to CFRA Research.

There is a belief out there, that is absolutely incorrect, that markets do better under Republicans. It's completely wrong."

The Biden rally squeaks past the 8.4% jump during the first 100 days of the Obama presidency and is well above the 5% increase in the months following former President Donald Trump’s inauguration.

Presidents tend to get more credit — and more blame — than they deserve when it comes to the stock market’s performance. Still, the historic gains at the start of the Biden era add to a sense of optimism about America’s economic recovery from a once-in-a-century pandemic.

“If the stock market is any indication, Wall Street appears to approve of President Biden’s attempts to corral the Covid-19 crisis and stimulate the economy,” Sam Stovall, CFRA’s chief investment strategist, told CNN Business.
That approval is all the more striking because Trump, who viewed the Dow as a barometer of his success, warned repeatedly during the 2020 campaign that the market would implode if Americans failed to reelect him.
Between last August and October alone, Trump sent six tweets saying markets would outright “crash” if Biden were elected. Those crashes have yet to occur.
“I’m not sure presidents make very good market analysts, not just Trump,” said Randy Frederick, vice president of trading and derivatives at Charles Schwab.

Uncle Sam to the rescue

The US stock market recovered from the pandemic long before the election, boosted by unprecedented support from the Federal Reserve and Congress.
Markets gathered momentum last fall as nightmare election chaos scenarios were avoided. Wall Street, like Main Street, cheered vaccine breakthrough announcements in November that helped fuel the Dow’s best month since January 1987. 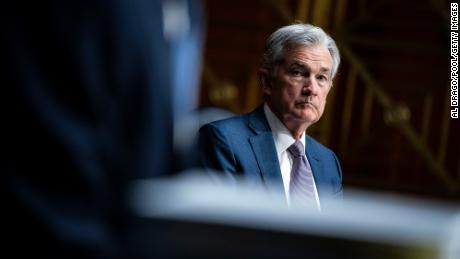 Stocks continued to rally in 2021 as the rapid rollout of vaccines that Biden presided over raised hopes for an economic boom.
At the same time, Uncle Sam is still providing massive amounts of aid.
Congress enacted Biden’s $1.9 trillion American Rescue Plan last month and could be poised to pass trillions more in spending later this year. And the Federal Reserve is keeping its foot on the pedal, with rock-bottom interest rates and tens of billions of dollars of monthly bond purchases.

The Biden rally looks even more historic if measured from the close of trading on January 19.
By that measure, the S&P 500 is up more than 10% during Biden’s first 100 days in office. That would mark the strongest gain during the start of any presidential term (not just first term) since 1932 under FDR when the S&P 500 skyrocketed 104.4%, according to Frederick.
“It’s pretty remarkable,” Frederick said of the historic gains. “FDR’s is a record that will never be beaten.”
The strong start to the Biden era adds to the run of market success under Democratic presidents — despite concerns about higher taxes.
“There is a belief out there, that is absolutely incorrect, that markets do better under Republicans,” Frederick said. “It’s completely wrong.”
Since 1932, the S&P 500 is up 734% under Democrats, but just 370% during Republican tenures, according to Frederick.

History suggests the stock market has a very good chance of finishing the year in the green. Since 1932, only during President Richard Nixon’s first year in the White House did the S&P 500 end the year in the red after rising during the first 100 days of a presidential term, Frederick said.
But there are risks the market could cool off.
The biggest concern is that inflation rears its ugly head after so many years of moderate price increases. Inflation hawks warn that the unprecedented monetary and fiscal stimulus, on top of the reopening of the economy, will cause prices to surge. 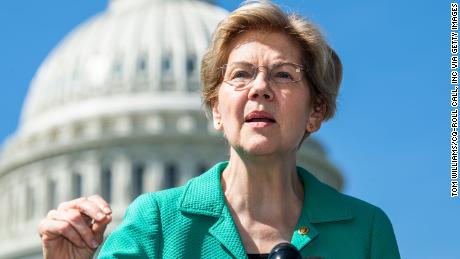 Although the Fed has promised to look past temporary price spikes, a significant return of inflation would force the central bank to rapidly raise interest rates — removing one of the foundations of the market rally and perhaps derailing the economic recovery.
Another worry is higher taxes.
Markets briefly tumbled last week on concerns over sharply higher capital gains taxes to pay for Biden’s ambitious agenda. It’s too soon to know whether those tax rates will go up and by how much.
The White House is also moving to unwind some of the Trump tax cuts that juiced the stock market in 2017 and 2018. Biden has called for raising the corporate tax rate from the current level of 21% to 28%.

Frederick urged investors not to overreact to tax hike proposals and predicted they will likely get “watered down” along the way. And he suggested the market can live with modestly higher corporate taxes.
“We probably have room for tax rates to go a little higher,” Frederick said.
Source: Read Full Article