Tucker's challenge to 2020 Democrats: Plant a tree for every mile of private jet travel 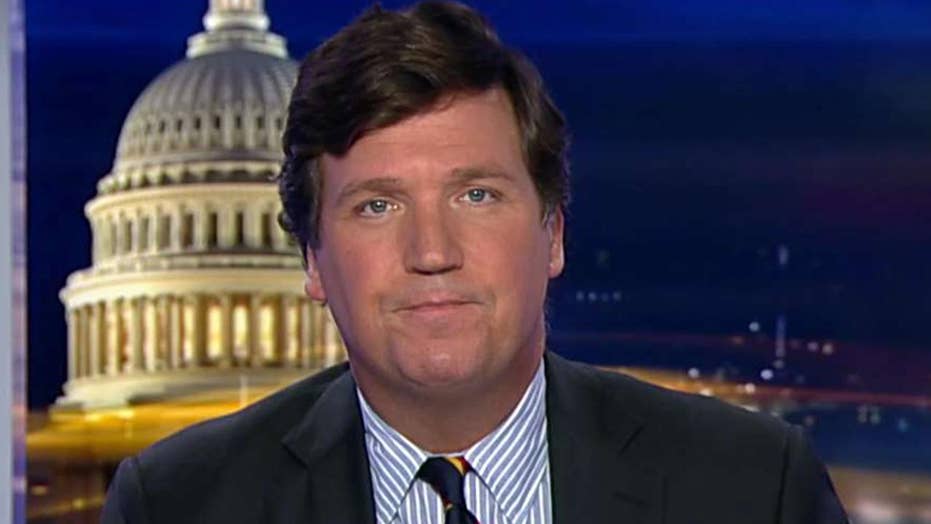 Tucker Carlson has a challenge for the 2020 Democratic presidential candidates who are pushing new 'Green' plans: "plant a tree for every mile that you fly private."

"It's not hard and if you care, you will," he said on "Tucker Carlson Tonight" Thursday.

"They're very concerned, but not so concerned that they won't stop flying private," he remarked.

JANE FONDA JABS BIDEN, SAYS WE ONLY HAVE '11 YEARS TO AVOID CATASTROPHE' ON CLIMATE CHANGE

Carlson said it's not a request, but a "demand," for candidates who suggest "the world is going to end in 12 years, if not sooner, unless you immediately ditch your cars and start eating insects."

"I don't think they want this to go away," he said. " I think there's only one answer that they want and this is a new green deal we could all get behind: let's plant more trees."

Bastardi said that the planet is "now greener than it's ever been in the satellite era."

CLICK HERE TO CHECK OUT THE FOX NEWS APP

"Why are we going to spend $10 trillion to save .01 Celsius over thirty years when we could try this?" he asked.

"This whole thing presupposes there is a natural ruling class that is entitled to live differently than you," Steyn argued.

Several 2020 Democrats, including Sens. Cory Booker, Bernie Sanders, and Kamala Harris, have been called out for using private air travel despite railing against fossil fuel emissions.