FOX Business’ Stuart Varney on the fight for freedom in Asia and the Middle East and how Trump is in full support.

FOX Business’ Stuart Varney, in his latest “My Take,” celebrates the “freedom fighters” around the world who are lobbying for and support democracy.

“It’s a wonderful thing to behold,” he said. “Inspiring, too: The fight for freedom in unexpected places.”

According to Varney, Taiwan just completely rejected “aggressive” communism in China in a “landslide” vote in which the Taiwanese voted out authoritarians in Beijing.

“This didn't get the attention it deserved,” he said. “After taking a look at the violent repression of the democracy movement in Hong Kong, the people of Taiwan said ‘no thanks.’”

“It’s inspiring to see people standing up for liberty, especially when you see them march with the American flag held high,” Varney said.

In Iran, revolt against authorities and the mullahs are surging, according to Varney. In defiance, Iranians chose to ignore orders to trample the American flag and instead walk around it.

“These really are freedom fighters,” he said. “You don't shout ‘down with Khomeini’ without risking your life. And that is exactly what they're doing.”

Varney said two Iranian news anchors have stepped down from their position after admitting to lying for years. This follows right after the Iranian government lied about the Ukrainian jetliner shoot-down and the attack on American bases.

“They're tired of economic collapse in a country that was once one of the richest in the region,” Varney said. “The dead hand of the mullah's dictatorship has been exposed. The people are demanding their freedom.” 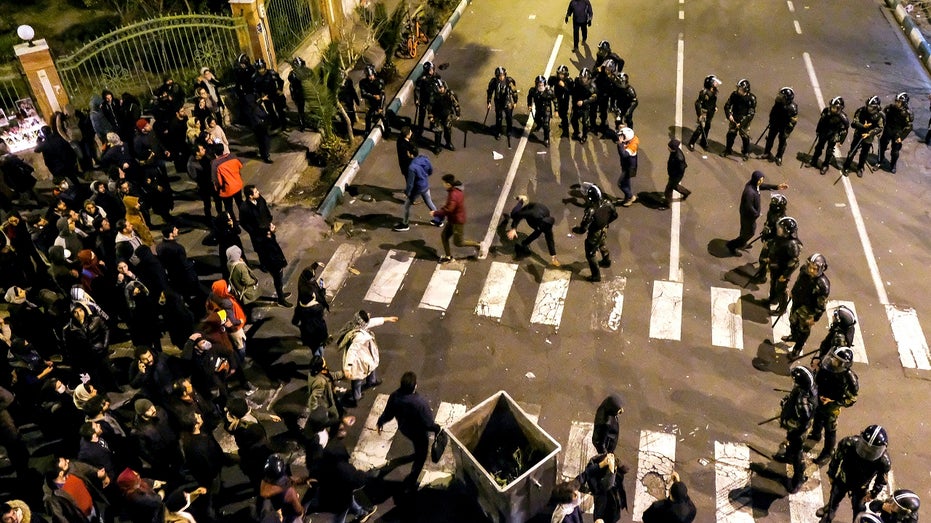 In addition, President Trump is in full support of the Iranians revolting, he said, even warning the mullahs to not shoot their own people. Varney considered this "refreshing."

Meanwhile, Varney said these protests are a huge contrast from the “free-speech deniers” on college campuses in the U.S.

“Shout down a conservative and you risk nothing,” he said.

And according to Varney, there hasn’t been much support from the Democrats on the fight for international democracy.

“What a shame,” he said. “Freedom is raising its beautiful head in some very dark places. And we should all be cheering."