WASHINGTON - Volkswagen AG late Friday called itself an “unintended victim” in a battle between two battery suppliers and urged the U.S. government to extend a reprieve to buy batteries key to its planned U.S. electric vehicle production.

VW said Friday it will request its carve out be “extended to at least four years to give an adequate transition period. Ultimately, however, it is our hope the two suppliers will settle this dispute outside of the courtroom.”

GENERAL MOTORS SETTLES WITH CALIFORNIA FOR $5.75M IN A WIN FOR STATE PENSION FUND

The German automaker has invested $800 million to build electric vehicles in Tennessee and hiring hundreds of employees. “Volkswagen will take all necessary steps to allow us to fulfill our commitment to provide skilled jobs to proud Tennessee workers,” the automaker said.

Georgia Governor Brian Kemp on Friday called on President Joe Biden to overturn the ITC ruling, warning the long-term prospects for the $2.6 billion SK Innovation battery plant in Jackson County, Georgia, would be “harmed significantly.” The plant will eventually build batteries for Volkswagen and Ford. 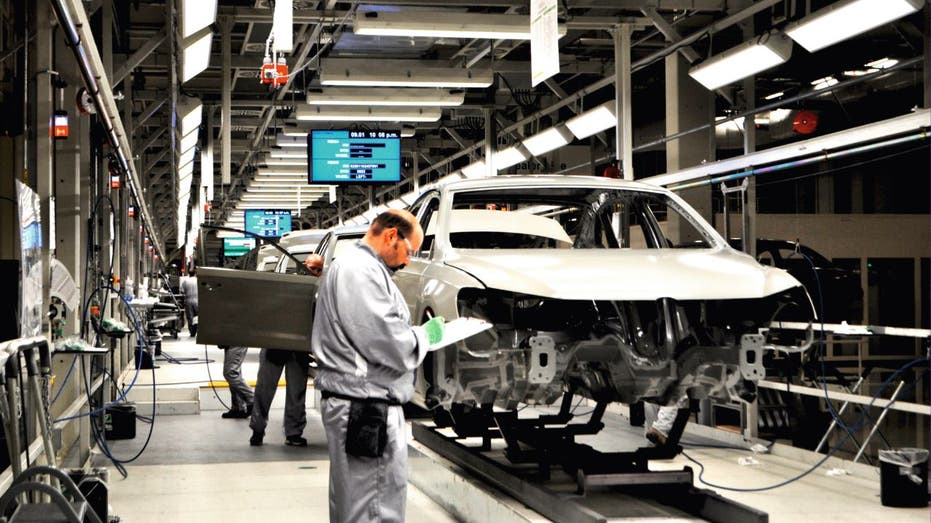 LG Energy Solution counsel Dave Callahan said the company “remains committed to negotiating a fair settlement for the theft of its trade secrets” and said the Georgia plant will be able to operate.

“The only obstacle to resolving this matter and securing the plant’s long-term future is (SK Innovation’s) refusal to acknowledge its wrongdoing and make amends,” he added.