10 Things in Politics: At least 22 governors haven't been vaccinated yet

Sign up here to get this newsletter in your inbox each day. Send your tips and upset picks to [email protected] or tweet me @BrentGriffiths.

Here’s what you need to know:

1. GOVS DEBATE WHEN TO GET VACCINATED: As America sets another daily vaccination record, governors across the country remain unsure of when they’ll receive their shot. An Insider review found that at least 22 governors have not yet received their COVID-19 vaccine. Many said they would rather wait their turn than be accused of jumping ahead.

See what your governor is doing here. 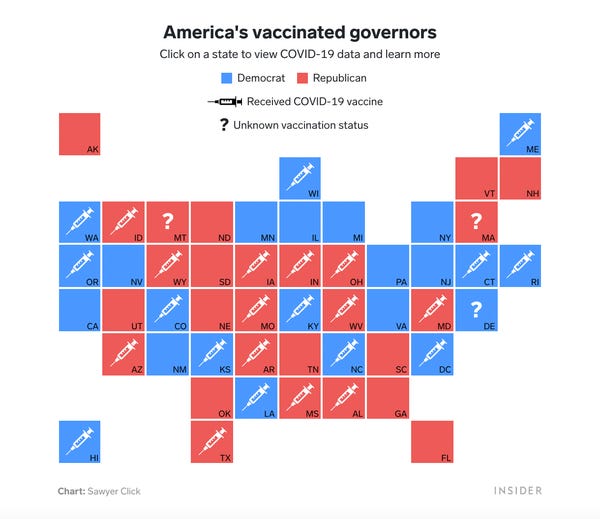 Health officials say it’s fair for governors to receive a shot: Many of them used it as an opportunity to boost public confidence early on.

Read the rest of our exclusive report here.

2. Biden breaks his silence on sexual-harassment allegations against Cuomo: President Biden declined to join calls for Gov. Andrew Cuomo to resign, telling reporters “the investigation is underway and we should see what it brings us.” It’s unclear which investigation Biden was referring to, another sign of the multitude of scandals surrounding Cuomo.

Biden and House Speaker Nancy Pelosi are taking a cautious approach, while other top Democrats are explicitly calling for Cuomo to step down. 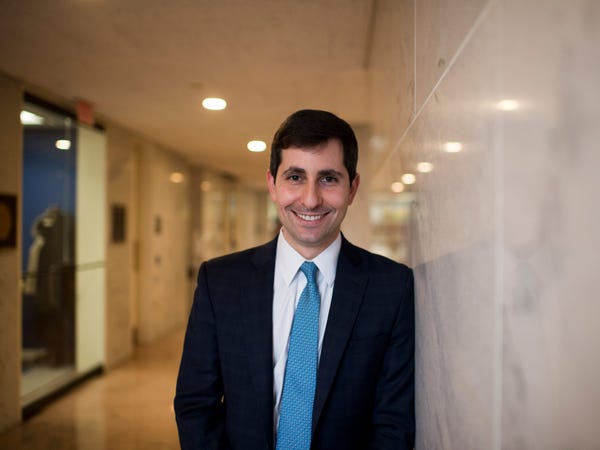 3. Attorney General Merrick Garland’s new chief of staff is a former firefighter and Senate aide: Matt Klapper has no experience at the Justice Department, but he is expected to be Garland’s political eyes and ears, building on a resume shaped while running Sen. Cory Booker’s office. He also volunteered as an EMS worker during the pandemic. More in our exclusive profile.

4. Americans can start tracking their stimulus checks: Some started receiving the $1,400 payments over the weekend. The IRS says it expects to issue more payments via direct deposit, check, or debit card in the coming weeks. Check the status of your payment here.

5. Growing crisis at the border: Children at the US-Mexico border haven’t been able to shower for days or call their parents, CNN reports. Both sides of the border are overwhelmed as Mexico struggles to keep up with tens of thousands of migrants expelled from the US, per The New York Times. The Biden administration has deployed FEMA to assist with migrant children as officials fear the situation will get worse.

6. The top things for your calendar, all times Eastern:

7.AstraZeneca defends its vaccine as more countries suspend its use: The drugmaker said there is no evidence its shot carries an increased risk of blood clots after inoculation, as it monitors at least 39 cases of some type of clotting among the more than 17 million people that have received the vaccine. Several countries including the Netherlands, Ireland, and Denmark have paused the vaccine’s rollout.

8. GOP senator who “never felt threatened” during the Capitol riot says he would have been “a little concerned” if the protesters were BLM: Sen. Ron Johnson said of the Capitol rioters: “I knew those were people that love this country that truly respect law enforcement.” More on Johnson’s comments here. 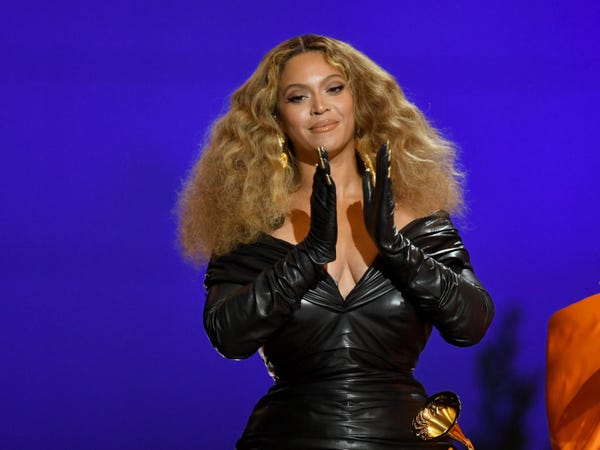 10. A big night for women at the Grammys: Beyoncé became the most decorated woman in Grammys history, winning four awards to bring her lifetime total to 28. Billie Eilish won record of the year, but said it was “embarrassing” Megan Thee Stallion wasn’t chosen. Taylor Swift’s “Folklore” won album of the year. Here’s the complete list of the winners.

Other things you missed: Read host Trevor Noah’s opening monologue, which included jokes about the royal family and Zoom (of course). And here are 15 rock stars — including Bob Marley and Janis Joplin — who never won a Grammy but definitely should have.

Today’s trivia question: Today is the anniversary of the first White House press conference (as we continue to wait for Biden to hold one). What president started the tradition? Email your guess and a suggested question to me at [email protected]