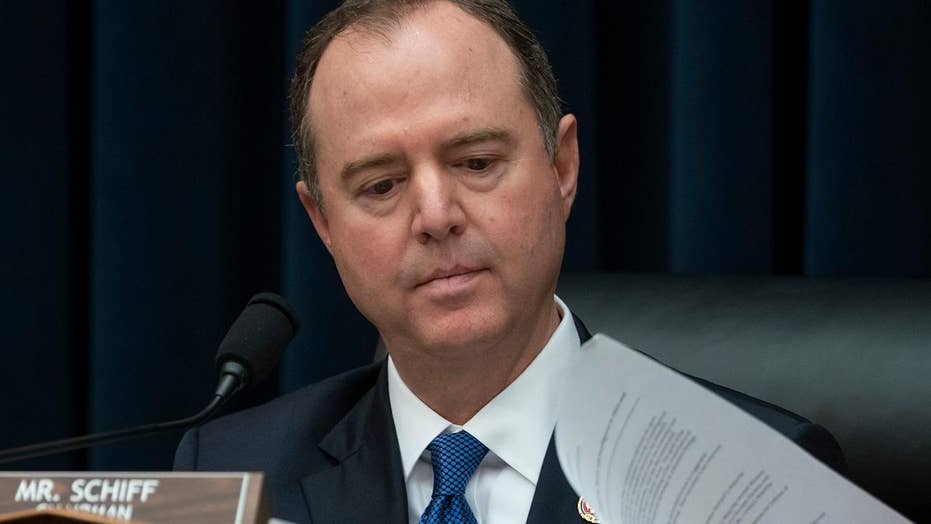 Rep. Adam Schiff, D-Calif., was the victim of multiple social media memes after he shared a selfie of himself in front of singer John Legend, his wife Chrissy Teigen and House Speaker Nancy Pelosi.

Schiff was attending the House Democrats’ annual retreat at the Lansdowne Resort and Spa in Leesburg, Va. Teigen and Legend appeared at the three-day policy retreat and spoke at a panel. The congressman took a selfie as Teigen and Legend were greeting fans. He captioned the photo, “Felt cute, might delete later @Chrissy Teigen @John Legend.”

Some Twitter users jumped on the opportunity to turn Schiff’s selfie into a meme.

A social media user put Schiff’s face on Miami Heat player Dwyane Wade who accidentally crashed into Teigen and Legend as they sat courtside at the game Tuesday.

Another social media user photoshopped Schiff’s face into the star-studded selfie Ellen DeGeneres took when she hosted the Oscars in 2013.

Journalist Soledad O'Brien offered some advice to Schiff on his selfie-taking skills.

"Oh baby, no. Move that camera back a foot," she wrote.

Another tweet had Schiff photoshopped in front of President Trump when he served a fast food feast to the Clemson Tigers.