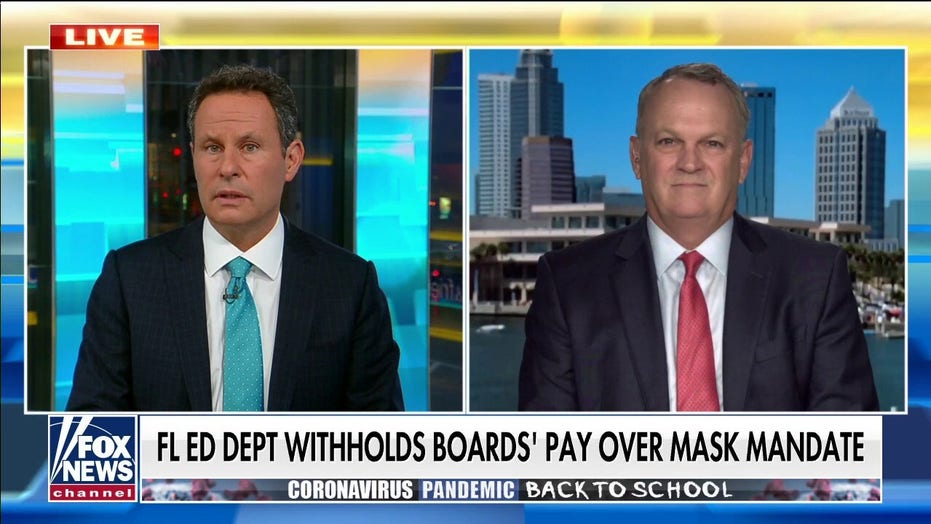 Florida’s ban on mask mandates in schools is ‘within the law’: Corcoran

Florida Education Commissioner Richard Corcoran maintains that parents should have the right to choose whether their children wear masks at school.

His letter came after DOE announced it would investigate Arizona’s and other states’ prohibitions on masking requirements, arguing that they may discriminate against people with disabilities. Although the department didn’t list Arizona as under investigation, DOE said it was monitoring the state and was “prepared to take action” on places where prohibitions weren’t being enforced.

“[M]y office will not tolerate any effort from the federal government to undermine or interfere with Arizona’s sovereignty,” said Brnovich. “We stand ready to defend against any overreach.”

He went on to blast the Biden administration’s alleged disrespect for federalism.

“The past 18 months have given countless Americans a greater appreciation of our Founding Fathers and the structure they chose to balance power within our constitutional republic,” he said.

“It is true that over many generations, this crucial balance has been tested as the federal government has grown beyond its original intent. It has perhaps never been more of an issue than in this first year of the Biden administration though, where we have seen historic threats and attacks on powers reserved for the states. This could soon render the Ninth and Tenth Amendments irrelevant, and that should frighten every American.”

“The Department has heard from parents from across the country – particularly parents of students with disabilities and with underlying medical conditions – about how state bans on universal indoor masking are putting their children at risk and preventing them from accessing in-person learning equally,” Cardona said in a press release.

“It’s simply unacceptable that state leaders are putting politics over the health and education of the students they took an oath to serve. The Department will fight to protect every student’s right to access in-person learning safely and the rights of local educators to put in place policies that allow all students to return to the classroom full time, in person, safely this fall.”

OCR will be investigating whether the states comply with Section 504 of the Rehabilitation Act of 1973 and Title II of the Americans with Disabilities Act of 1990. Both address discrimination based on disabilities.

Fox News previously reported on an Oklahoma district school board member who apologized after suggesting that students could commit “murder” by not wearing masks. The state had prevented local districts from imposing mask mandates under certain circumstances.

“Until every American citizen is safely out of Afghanistan, President Biden shouldn’t spend a single second harassing states like Oklahoma for protecting parents’ rights to make health decisions for their kids,” said Carly Atchison, communications director for Gov. Kevin Stitt.

DOE did not immediately respond to Fox News’ request for comment.