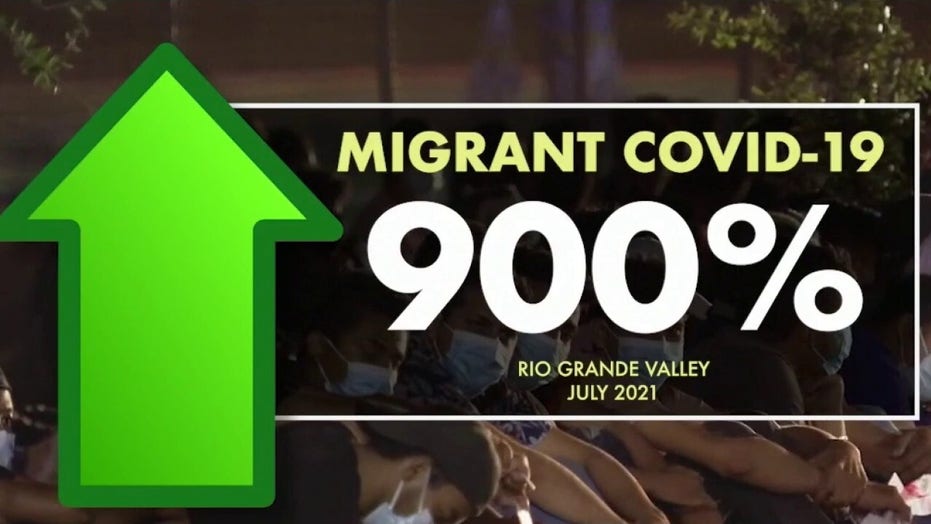 An Arkansas judge on Friday temporarily blocked the state from enforcing its ban on mask mandates after lawmakers left the prohibition in place despite a rising number of COVID-19 cases and hospitalizations.

Pulaski County Circuit Judge Tim Fox issued a preliminary injunction against the law that Gov. Asa Hutchinson signed in April banning mask requirements by governmental entities. The ban was being challenged by two lawsuits, including one from an east Arkansas school district where more than 900 staff and students are quarantining because of a coronavirus outbreak.

Fox ruled against the measure on multiple grounds, including the argument that it discriminated between public and private schools.

Fox issued the ruling hours after lawmakers adjourned a special session that Hutchinson had called to consider rolling back the ban for some schools. Hutchinson had said the change was needed to protect children under 12 who can’t get vaccinated as the state’s virus cases and hospitalizations skyrocket.

Hutchinson faced heavy opposition from fellow Republicans, who had been inundated with calls and messages from opponents of masks in schools.

The governor, who has said he regretted signing the ban into law, said he agreed with Fox’s decision but didn’t plan to reimpose the statewide mask mandate he lifted in March. He also criticized lawmakers who opposed taking action, saying many of them had taken a “casual, if not cavalier, attitude” toward the state’s COVID-19 crisis.

“What concerns me is many are simply listening to the loudest voices and not standing up with compassion, common sense and serious action,” he told reporters.

Hutchinson was named as a defendant in the lawsuit along with the state and legislative leaders. He left open the possibility of separately asking the state Supreme Court to uphold Fox’s ruling when it’s appealed.

A House panel on Thursday rejected two measures that would have allowed some school districts to issue mask requirements. 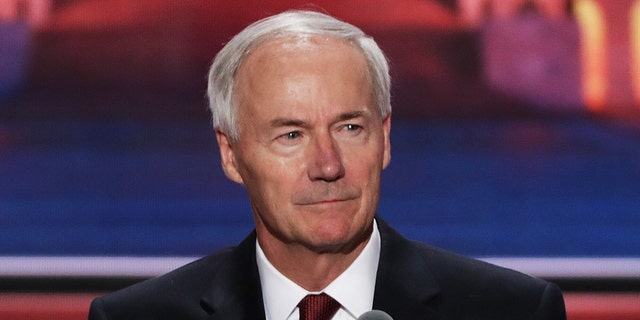 Arkansas Gov. Asa Hutchinson prior to the start of the second day of the Republican National Convention on July 19, 2016 in Cleveland, Ohio.  (Photo by Alex Wong/Getty Images)

There had been growing calls to lift the ban before school starts statewide later this month. The Marion School District, one of the districts challenging the mandate ban, on Friday said 949 staff and students have had to quarantine since classes began last week because of a coronavirus outbreak. The district said 54 students and 11 staff have tested positive for COVID-19.

“I think we’re going to come to really regret not taking action,” Democratic Sen. Keith Ingram, the chamber’s minority leader, said. “I just hope the consequences aren’t fatal for children or staff or teachers in this state.”

Pediatricians and health officials have said masks in schools are needed to protect children, as the delta variant and Arkansas’ low vaccination rate fuels the state’s spiraling cases. The state on Monday reported its biggest one-day increase in COVID-19 hospitalizations since the pandemic began, and the Department of Health on Friday said only 28 intensive care unit beds were available in the state.

Opponents of lifting the ban who testified before the Legislature repeatedly cited false and discredited claims about the virus, including a woman who falsely suggested COVID-19 doesn’t exist.

“That’s what’s frustrating, is we’re not making decisions on data, respected data,” Democratic Rep. Denise Garner, who co-sponsored one of the proposals to lift the ban.

The Republican sponsor of the mandate ban said he thinks the state needs to focus on other ways to address outbreaks in schools, such as leave for teachers who have to quarantine.

“What I don’t want is this false sense of security that masks seem to be providing because it’s an easy political tool,” said Republican Sen. Trent Garner. “Let’s come up with the real solutions when this happens in our schools, and I think we’re woefully inadequate on that.”

The House and Senate on Friday gave final approval to the only other item on the session’s agenda, legislation aimed at preventing the state from resuming supplemental unemployment insurance payments to 69,000 people in the state.

A state judge last week ordered Arkansas to resume the payment, ruling that Hutchinson didn’t appear to have the authority on his own to cut off the payments. Hutchinson was among more than two dozen GOP governors who ended their states’ participation in the federally funded payments, which were scheduled to run through early September.