WASHINGTON — At Fort Bragg, one of the nation’s largest military installations, plans are afoot for its first commemoration of Juneteenth, highlighting the role of the Union Army in emancipation.

The Defense Department recently added a deputy inspector general for diversity and inclusion and supremacist, extremism and criminal gang activity. In February, Defense Secretary Lloyd J. Austin III ordered the military to examine extremist activity in its midst and to ask troops for their views. Earlier, Mr. Austin had revoked a ban on diversity training for the military, and on Wednesday, he spoke at a Pride Month celebration at the Pentagon.

Its active wars ending, its ranks both smaller and more diverse and its talent needs shifting, the Pentagon is embracing ideas like inclusion and adopting many of the efforts long used in the private sector to recruit and retain women and people of color.

Yet while many inside and outside the military have embraced the effort as overdue, some Republican lawmakers and influential conservatives are mounting an inchoate but increasingly loud protest and promoting the idea that the armed forces are becoming the latest pawn in America’s culture wars.

They have taken aim at a variety of initiatives, including a possible Pentagon plan to increase monitoring of social media posts from service members and the addition of reading recommendations on “white supremacy and systemic racism” to military training guides.

In stoking opposition, those critics say the Pentagon’s policies amount to imposing a liberal, and in some cases unpatriotic, worldview on the armed forces.

How widely those views are held among service members in an increasingly politically diverse military is impossible to know. Military culture varies by service branches, rank and generations.

But the Pentagon’s leadership says its approach is necessary both to uphold the nation’s values and to assure that it can recruit people with the skills necessary for 21st-century warfare.

“The secretary has been very clear and fairly unapologetic about the fact that we want to get all the best talent that is available from the American people,” said John F. Kirby, a spokesman for Mr. Austin.

Even since President Harry S. Truman integrated the military, Americans have debated whether the services should lead or lag civilian society on social change concerning race, sex and sexual orientation, and the extent to which they are a threat to effective combat. 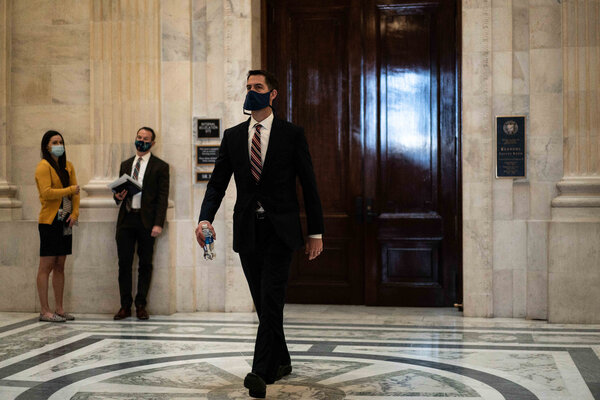 The newest efforts are driven in part by the participation of some active-duty military members and veterans at the Capitol riot on Jan. 6, as well as by a desire to recruit and retain more Americans outside an increasingly narrow list of ZIP codes largely in the South and West. As national security needs shift from brawn to brains, some of the moves reflect the increased demand for science, technology and engineering skills coming from a bigger talent pool.

For generations, military bases retained the names of disgraced Confederate officers — even after the military was racially integrated — the Ku Klux Klan was known to recruit just outside some installations. African-American and Hispanic service members are more likely to be court-martialed than white service members, according to the Government Accountability Office.

After years of battles over their role in the military, women continue to face workplace impediments and worse while serving.

Sexual assault cases have barely budged over the past decade, drawing the impatience of lawmakers who are now seeking to remove a general’s role in adjudication of assault cases. Students nominated by Congress to the military service academies remain disproportionately male. There is a continued fight in the Army and beyond about fitness standards for women.

There have been clashes over political ideology. A lieutenant colonel in the Space Force, Matthew Lohmeier, was removed from his post after he said on a podcast that Marxism was invading the military, a theme of his book.

The military’s moves toward inclusive policies predate Mr. Austin and the 2020 election.

The Marine Corps issued a ban on displays of the Confederate battle flag at its installations last year. Congress last year moved to change the names of bases named after Confederate officers, a shift that Mr. Trump resisted. The Army has prohibited photographs from promotion packets that could indicate race, ethnicity or gender. All service branches have looked at hairstyle and grooming policies that are biased against Black and female members.

But with President Biden now in the White House, some of Mr. Trump’s most ardent supporters are using those moves as a wedge issue, appealing to a portion of the conservative base by suggesting that Democrats are promoting far-left theories and potentially undercutting national security.

Representative Daniel Crenshaw, Republican of Texas, has written a letter to the superintendent of the Military Academy at West Point demanding congressional oversight of its diversity workshops.

Mr. Crenshaw, with the help of Mr. Cotton, started a “whistle-blower” page on his website, where service members can report overt complaints of “woke-ness.” Mr. Cotton’s office has received hundreds of complaints about the politicization of the military, an aide said. (On social media, many widely mocked the page by responding with plotlines from movies and television shows like “M*A*S*H” and “A Few Good Men.”)

Senator Ted Cruz, Republican of Texas, took to Twitter to complain about a recruitment ad featuring a female soldier whose parents are both women, drawing an unusual rebuke from Mr. Austin.

“Senator Cruz has been clear about his longstanding and deepening concern that Democrats are using our military as a laboratory for woke ideology,” his spokesman, Christian McMullen, said in an email.

Tucker Carlson, the Fox News personality and one of the most influential figures on the American right, led his Memorial Day broadcast by highlighting some of the changes and suggested that the military was no longer “interested in protecting the country.”

To some Democrats, it is the Republican critics who are endangering national security by injecting politics and ideology into the military.

“This is an attempt to disrupt the chain of command and cause dissension in the ranks,” said Stephen Webber, a Marine veteran who is a former chairman of the Missouri Democratic Party. “Every American should be very worried about what Crenshaw is trying to do. This is the continuation of a lot of attempts made by Trump to drag the military into elections, which the military, to their great credit resisted.”

Representative Jason Crow, Democrat of Colorado, who served as an Army Ranger in Afghanistan, said the Republican arguments were corrosive to the military. “When those in the military are receiving mixed messages from their civilian leadership, that does not help commanders create relationships based on trust,” he said.