At Rocky Mountain MAGA Rally, Trump Is ‘Acquitted Forever’ And Ever, Amen

COLORADO SPRINGS, Colo. — President Donald Trump might be doing some shady stuff in office, reasoned Heather Hester, a 36-year-old hair stylist standing outside the arena where the president was preparing to hold a rally. But what politician doesn’t?

“Everyone out there is so messed up,” observed Hester, who wore a cowboy hat emblazoned with the words “Trump 2020,” in between puffs of a Marlboro Red.

“Like, politicians are above the law, and I feel like it’s on both sides,” she said. “We’re just little people, so what we can do is vote and vote for the person that represents us best.”

Trump is that person for her, and for thousands of others who turned out for his rally here on Thursday. The way Hester sees it, none of the nefarious stuff the president might be mixed up in these days — and it’s been a lot lately — compares to the alleged crimes committed by his political foes.

“I mean, Hillary Clinton’s way, way worse, and she’s actually like got Benghazi and everything else,” Hester said, referring to the 2016 Democratic presidential nominee’s time as secretary of state. “Like she should have been locked up a long time ago.” 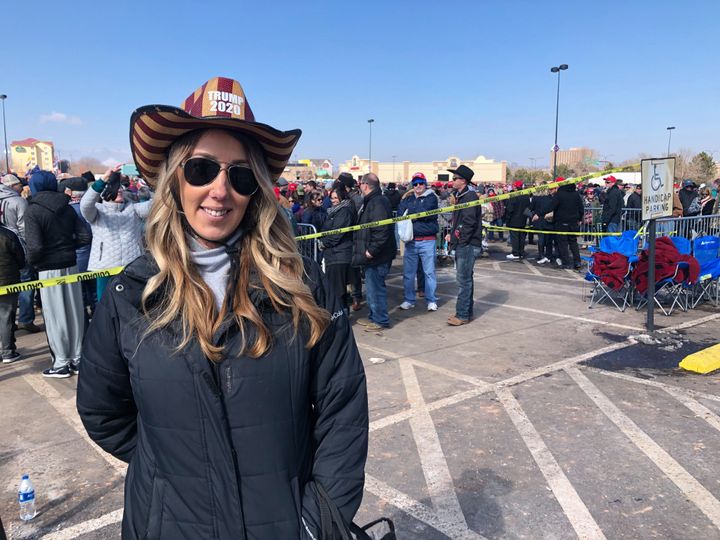 Hester was among many at the campaign rally to show both an undying devotion to the president and a complete lack of concern over his increasingly authoritarian behavior.

Since being acquitted earlier this month in the Senate after getting impeached in the House over his interactions with Ukraine, an emboldened president has purged the administration of impeachment witnesses, publicly praised his attorney general for intervening in the trial of longtime Trump associate Roger Stone, sidelined the acting director of national intelligence in favor of one of his political allies and continued to make — and tweet — bombastic statements.

Many political observers and public officials have expressed alarm over these developments, arguing they represent an assault on the U.S. government’s system of checks and balances and offer further evidence of a burgeoning epistemic crisis in this country.

But to Trump’s supporters and allies — including Sen. Cory Gardner (R-Colo.), who appeared with the president on Thursday amid a tough reelection campaign, some members of fascist street gang Proud Boys, and QAnon conspiracy theorists — this is all just evidence of a biased media and corrupt Democrats. One of the loudest cheers Thursday came when Vice President Mike Pence praised Trump for standing up to “radical Democrats” and their “endless investigations” in order to ultimately be “acquitted forever.”

In the MAGAverse, that phrase — “acquitted forever” — has gained real currency over the last month. It’s on T-shirts. In memes and hashtags. White House officials and Trump allies in Congress have used it repeatedly in interviews.

It originated as a direct rebuke to House Speaker Nancy Pelosi (D-Calif.) — who stated Trump would be “impeached forever” in the history books — but “acquitted forever” took on a different, more authoritarian meaning in Colorado Springs on Thursday: that the president is already acquitted of anything of which he’s been accused. 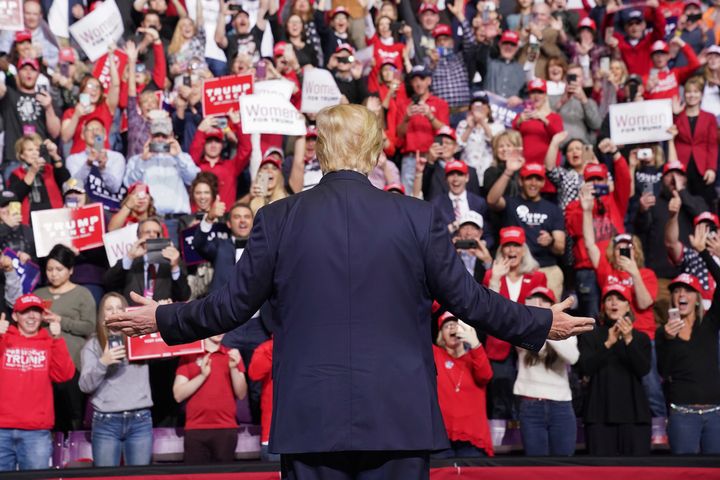 Trump’s supporters agreed that his latest actions have been largely acceptable. Karla Kroeker, a 75-year-old entrepreneur from the nearby town of Monument, supported Sen. Ted Cruz (R-Texas) in the 2016 Republican primary — “a Christian like me,” she explained — but is now a dedicated Trump supporter. She arrived at the rally early to get a spot near the stage.

She wasn’t troubled by the recent ouster of Gordon Sondland, a big-time Trump donor who had been U.S. ambassador to the European Union. Or that of Iraq War veteran Lt. Col. Alexander Vindman, who was pushed out of the National Security Council. Both were prominent witnesses in Trump’s impeachment trial.

“Trump has the right to have whomever he wants in his administration,” she said.

When it comes to how Trump dealt with the prosecution of Stone — a longtime adviser to the president who was convicted of lying to congressional investigators about Russian interference in the 2016 presidential election — Kroeker said she just wished Trump would tweet less.

Earlier this month, the president responded to news that federal prosecutors were recommending a nine-year sentence for Stone by tweeting: “This is a horrible and very unfair situation.” A short time later, Attorney General William Barr intervened and took the unprecedented step of recommending a lesser sentence for Stone. Four prosecutors in the case resigned over Barr’s actions. On Thursday, a judge sentenced Stone to 40 months in prison, but Trump has left open the possibility that he’ll pardon him. 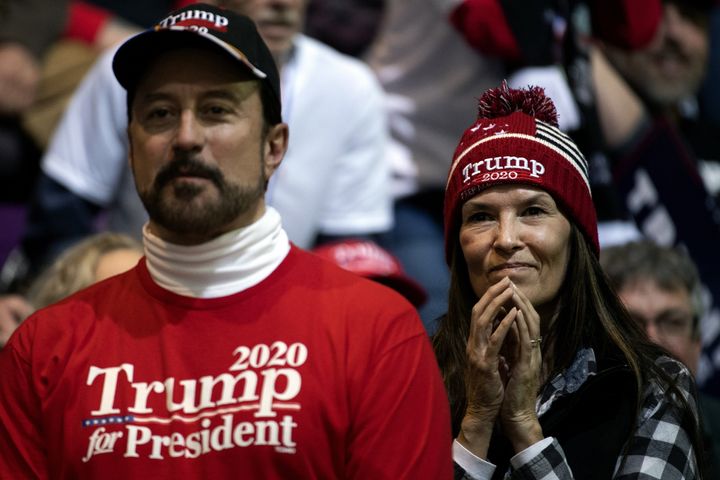 Trump supporters also brushed off the other bombshell news of the day. Just hours before the rally, The New York Times and The Washington Post published reports recounting a new tale of Trump’s alleged meddling.

The acting director of national intelligence had briefed lawmakers about intelligence proving Russia is once again interfering in the U.S. election to help Trump win, according to the reports. The president became enraged when he learned of this briefing, concerned that Democrats could weaponize this information against him.

Dominic Barraca, 19, and his parents drove seven hours from New Mexico to come to the rally, only to find Broadmoor World Arena too crowded to get inside. They wound up standing in the cold for hours to watch the rally on a big screen.

As they walked back toward their car, past MAGA vendors hawking “MY ASS GOT ACQUITTED” and “IMPEACH THIS” T-shirts, Barraca said he didn’t know too much about the new Trump-Russia story, but that it sounded fishy to him. Why would Russia want Trump to win when Trump has been so strong on Russia?

His father, Braulio Barraca, made a request as the family continued its walk.

“Report the facts,” he said. “You guys are misleading the people, from CNN, MSNBC, and all the other media, you know, that’s wrong. You guys are working against the people we know. So that’s what people are pretty, pretty upset about.”