Tory MP Neil Parish snapped at Former Shadow Secretary for Climate and Energy Barry Gardiner for taking too long while asking questions in the Commons Committee meeting on Thursday. Mr Parish erupted that MPs were already an hour into the proceedings and Mr Gardiner’s questions were too long. Mr Gardiner attempted to defend himself and insisted his questions were crucial and deserved an answer.

Quickly losing his patience, Mr Parish begged Mr Gardiner to hurry up with his questioning in a hilarious outburst.

Mr Gardiner was addressing his question to Secretary of State George Eustice before he was interrupted.

Mr Parish cut in and said: “Barry for goodness sake we are an hour into this, your questions are too long, Barry.”

Mr Gardiner replied: “I think it is a fair question given that the Secretary of State produced this at the last minute before this committee.”

DON’T MISS: ‘Shout at your wife for once!’ Council meeting descends into chaos 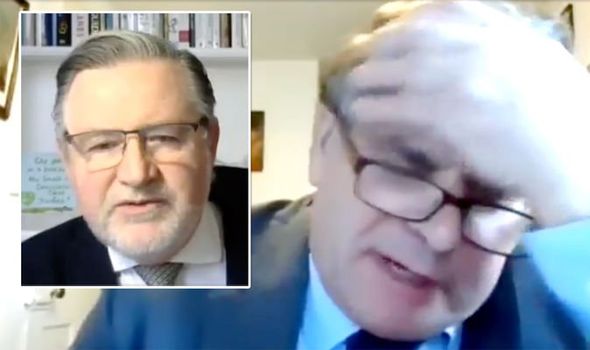 ” It is going on too long, your question.”

The pair eventually stopped shouting at one another and proceeded with the meeting.