“I think that what we need to do is to understand that there needs to be major, major police reform all across this country,” he continued. “We are tired of seeing the same thing, week after week and year after year. We do not want to see innocent African Americans shot in cold blood.” 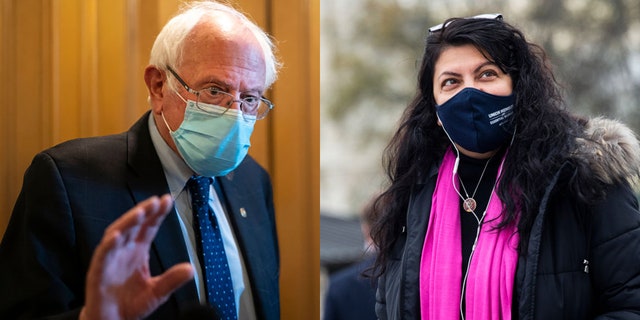 His response came after Tlaib tweeted Monday that she was “done with those who condone government-funded murder.”

“No more policing, incarceration, and militarization. It can’t be reformed,” she wrote.

This week, House Speaker Nancy Pelosi distanced herself from some in her party calling to end policing. She instead pointed out that all police cannot be painted “with the same brush.”

Tlaib’s words were ignored by ABC, CBS and NBC during their nightly news programs Tuesday and Wednesday, according to a report from NewsBusters

PELOSI DISTANCES FROM TLAIB’S CALL TO END POLICING, JOINING OTHER DEMS IN CALLING FOR REFORM

Police shot and killed Wright, a 20-year-old Black man, during a routine traffic stop in Brooklyn Center, Minnesota, on Sunday.

Kim Potter has been charged with second-degree manslaughter.

Fox News’ Joseph A. Wulfsohn and Marisa Schultz contributed to this report