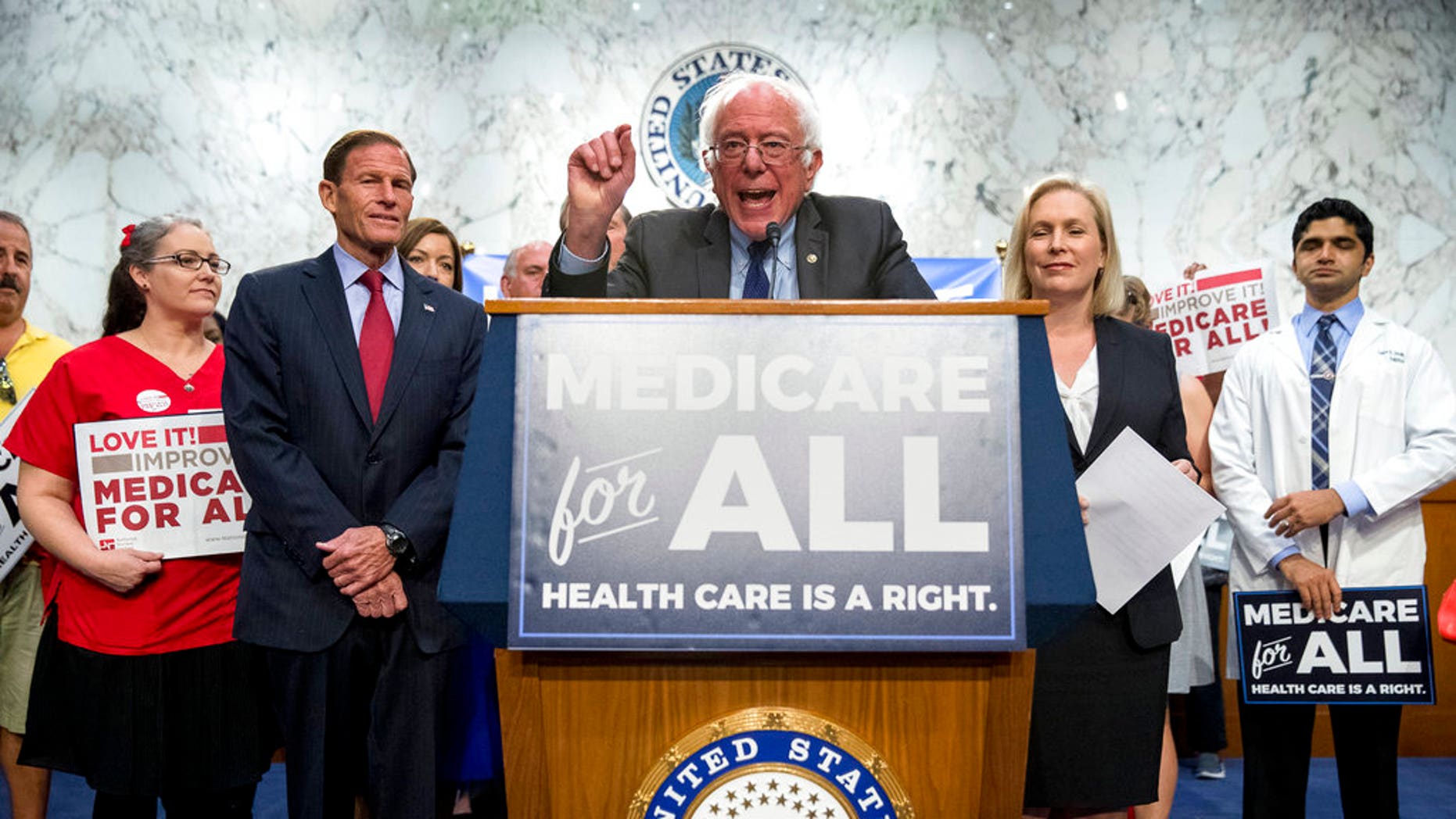 There’s a health care reform idea making the rounds and garnering significant attention these days. It is the very plausible sounding Medicare-for-all. Who could argue with expanding a program that America’s seniors generally like and indeed have come to rely on? After all, if it’s good enough for the grandparents, isn’t it good enough for everyone else?

Well, just as not every shiny thing has value when you’re panning, this idea truly is “fool’s gold.”

Census data shows a majority of Americans obtain their health insurance from their employers (56 percent). This is followed by Medicaid (19.3 percent), Medicare (17.2 percent), direct-purchase coverage (16.0 percent), and military coverage (4.8 percent).

TRUMP HAS BROKEN FREE OF OBAMACARE'S GRIP, BUT MORE REFORMS CAN AND MUST BE MADE

It’s important to note that the current Medicare program is not self-sufficient. Payroll taxes collected from workers and employers and all of the premiums paid by those enrolled cover only about half of Medicare’s costs. Taxpayers subsidize the rest.

When it comes to those with employer-provided health plans, a 2018 survey released by America’s Health Insurance Plans shows 71 percent are satisfied with their current coverage. Why then would anyone advocate expanding a program headed for insolvency in 2026 according to the Medicare Board of Trustees, while simultaneously upending the employer provided plans that Americans like?

Medicare-for-all threatens to make the same exact mistake ObamaCare made – expanding health care coverage over controlling health care costs. But think for a moment. Why do millions of Americans, even after years of ObamaCare, still lack health insurance? The answer is simple: It is too expensive.

Numerous experts have estimated the cost of Medicare-for-all, including former Medicare Board of Trustees member Charles Blahous. He estimates the cost to the federal budget at $32.6 trillion. The Urban Institute estimated $32 trillion over10 years as well. Medicare-for-all would double the size of federal government spending. Even a doubling of corporate and individual income taxes would fail to cover its costs.

But cost is just one issue. Medicare-for-all is mandatory, single-payer national health insurance. There is no opt-out provision, and there are no private health plans, as competition with the government would be illegal. It would replace the Medicare tailored exclusively for seniors with a one-size-fits-all plan that would even wipe out the current and popular Medicare Advantage plans, with enrollees responsible for 20 percent of the cost.

Besides paying more for health care, patients would undoubtedly receive inferior care. Extensive wait times seen in countries like Canada and the U.K. would now be the norm in the U.S. Current wait times in Canada are 47 weeks for neurosurgery, 38 weeks for orthopedic surgery, and 29 weeks for ophthalmology, to name just three.

And, with current Medicare payments already 40 percent below private payments, more hospitals would close if this payment scheme were thrust on the entire system. The current physician shortage would worsen as reimbursement rates and pay were capped to control costs. Anyone who ever lived through or read about war time rationing would see a return to the ugly side of an economy of shortages.

More incremental and market-based approaches are achievable at much less expense, and with the potential to truly control costs, which is the main problem in the U.S. health care system. The Association of Mature American Citizens (AMAC) supports expansion of health savings accounts (HSAs) with their triple tax advantages, more transparency with prescription and medical procedure pricing, and eliminating the “middle men” when it comes to drug pricing.

AMAC has been a strong advocate of The Good Samaritan Charitable Services Act, which would allow doctors to treat up to 20 patients free of charge (pro bono) in exchange for a small tax deduction (capped at $50). Billions in annual Medicaid costs would be saved, and families would have a doctor/patient relationship rather than using expensive emergency rooms as their primary source of health care.

It’s important to have all the facts. Some polls show support for Medicare-for-all. But when those polled are informed of the doubling of taxes required to fund such a scheme, support collapses. No wonder advocates choose not to discuss costs.

Just remember, not everything that is shiny and superficially attractive has value. Or as William Shakespeare put it, “All that glitters is not gold.”

Jeff Szymanski works in political communications for The Association of Mature American Citizens.