Biden plans to withdraw all troops from Afghanistan by 9/11

President Biden on Wednesday accompanied first lady Jill Biden to an outpatient facility in Washington, D.C., for what the White House said is “a common medical procedure.”

The Bidens were inside the downtown DC building for about two hours. After the appointment, Elizabeth Alexander, the communications director for the first lady, provided an update later in the morning.

“The first lady tolerated the procedure well and is headed back to the White House to resume her normal schedule,” Alexander said in a statement. 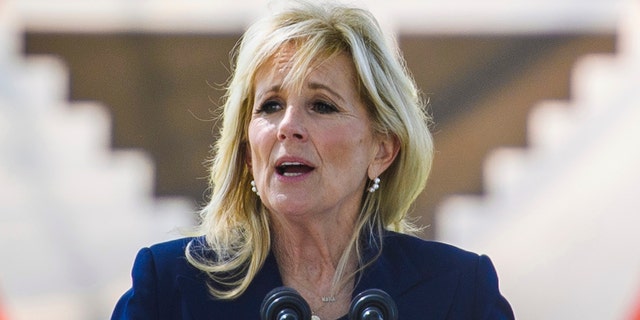 The president’s schedule, meanwhile, includes a major speech where he is expected to announce that he will withdraw all U.S. troops from Afghanistan by Sept. 11, 2021, which will be 20 years since the Al Qaeda attacks on the U.S. that led to the war.

The Trump administration had aimed to have all American forces out of Afghanistan, where the Taliban retains significant power, by May 1 if certain conditions in its negotiations with the Taliban were met. That deadline, which would have been 10 years since the death of Osama bin Laden, is now being pushed back. Still, Senate Minority Leader Mitch McConnell, R-Ky., called the withdrawal a “grave mistake” and ” a retreat in the face of an enemy that has not yet been vanquished.”

Democrats like Rep. Ro Khanna, D-Calif., however, praised Biden for committing to the withdrawal, saying that “ending a forever war” is “an act of extraordinary political courage and vision.”