Biden Changes His Own ‘Paradigm’

The president is quietly undercutting the exact brand of center-lane politics that he worked hard to enshrine as a senator. 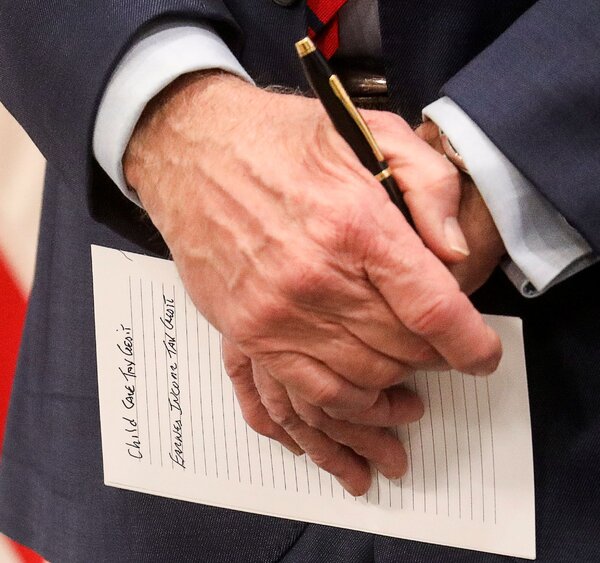 On Thursday, at his first news conference as president, Joe Biden did more than just detail his plans and take questions from reporters.

He outlined what amounts to a new political ethic for him, suggesting that big ambition — rather than accommodation, or the “unity” he so often spoke of on the campaign trail — might be his guiding doctrine.

Biden repeated one particularly telling phrase three times in a row — “I want to change the paradigm” — and made it clear that he intended to move ahead with his policy agenda as uncompromisingly as he could, with or without Republican support. It’s a message he is likely to drive home this week, when he appears in Pittsburgh to unveil his proposal for a multitrillion-dollar investment in infrastructure and jobs.

In the process, he is undercutting the exact brand of center-lane neoliberalism that he worked so hard to enshrine, more than four decades ago, as a young senator in the Nixon and Carter years.

“This is an interesting story,” the historian Rick Perlstein, whose books detail the rise of late-20th-century conservatism in American politics, said in an interview. “The story is him turning his back on the ideological direction that he helped lead the Democratic Party into.”

“I want to get things done,” Biden told reporters on Thursday. “I want to get them done consistent with what we promised the American people. And in order to do that in a 50-50 Senate, we’ve got to get to the place where I get 50 votes, so that the vice president of the United States can break the tie, or I get 51 votes without her.”