Biden marks 6 months in office on Instagram, gets shredded in comments 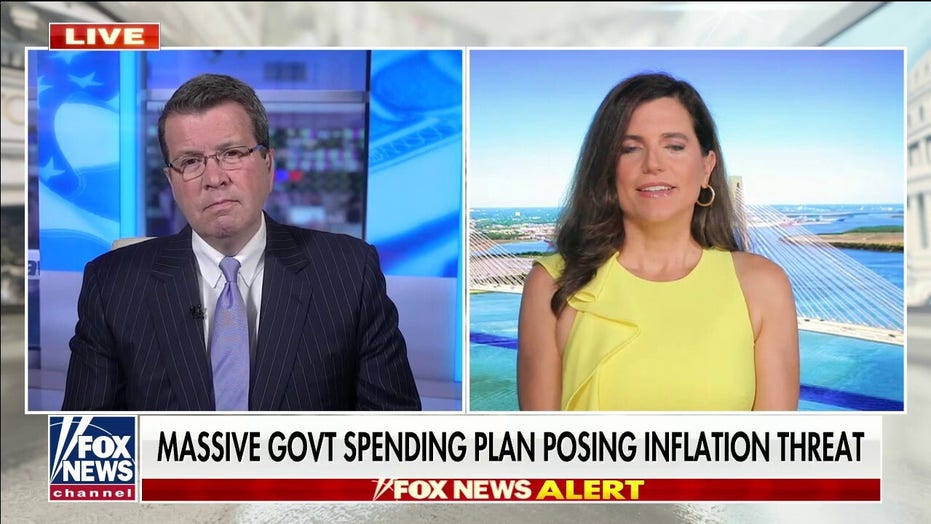 Rep. Mace: ‘Inflation is here and it’s not going away’

The White House celebrated President Biden’s first six months in office by touting his economic achievements and handling of the coronavirus pandemic on Instagram, but commenters appeared to be less than impressed.

“In six months, this Administration has fueled record-breaking job growth, vaccinated over 160 million people – and captured a lot of photos along the way,” the White House said Tuesday in a post that has garnered thousands of angry responses.

“So we just going to forget that we are on the verge of inflation?” one commenter wrote in a post liked by more than 350 users.

“And what a disaster it has been!” another person wrote in a post liked by more than 700 others.

The White House shared six photos marking the Biden presidency, including when he was sworn into office, when he toured the National Institutes of Health (NIH), and when the Senate passed the American Rescue Plan.

It also included photos of Biden’s address to a joint session of Congress, and when he attended the G-7 summit in the U.K., as well as when he signed legislation making Juneteenth an official holiday.

“These are just a few of the moments that have made the last six months,” the White House account said.

“In six months this administration has destroyed America,” wrote another.

“In just six months, the Biden administration has put this country in a tailspin nose dive. The absolute worst,” one critic wrote.

And another: “This administration has destroyed our energy independence, dramatically increased the cost of living for hard working Americans, overseen historic inflation growth, saddled generations of our children with massive China owned debt, wasted our tax dollars in the invasion of illegal aliens – Biden Harris are total screw ups.”

Other critics of the Biden administration pointed to the ongoing crisis at the U.S.-Mexico border, where thousands of illegals continue to pour into the country, and in Cuba, where protesters are risking their lives to demonstrate against the Communist regime.

The Instagram post comes amid a slowdown in demand for the vaccine while coronavirus cases and deaths spike across the country. The administration failed to meet its goal this month of vaccinating 70% of the U.S. population, reaching only about 56% among individuals who are eligible, according to the Centers for Disease Control and Prevention (CDC).

Meanwhile, consumer prices, a key gauge of inflation, rose 5.4% in June from the previous year, the highest rate since 2008. Also, gas prices are now averaging 98 cents higher than this time last year, according to AAA.