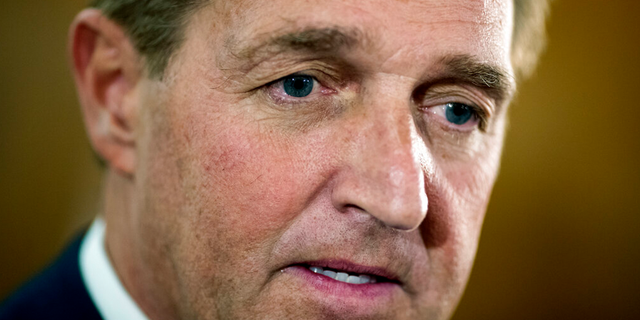 “With this nomination, the Biden Administration reaffirms the best tradition of American foreign policy and diplomacy: the credo that partisan politics should stop at the water’s edge. U.S. foreign policy can and should be bipartisan,” Flake said in a statement. “That is my belief as well, and my commitment.”

If confirmed, Flake will be sent to Ankara at a tense moment between the U.S. and Turkey.

The list of disagreements is unusually long for the two NATO allies: There’s U.S. support for Kurdish fighters in Syria, as well as Turkey’s purchase of a Russian weapons system. And in April, Biden infuriated Ankara by declaring that the Ottoman-era mass killing and deportations of Armenians was “genocide.”

Previous U.S. presidents had avoided using the term out of concern that it would complicate ties with Turkey, which is fiercely proud of its Ottoman history and insists that those killed in the early 20th century were victims of civil war and unrest.

The Biden administration and Turkish government officials are also currently in talks about Turkey providing security at Kabul’s Hamid Karzai International Airport after the U.S. completes its pullout from Afghanistan later this summer.

Flake retired from the Senate at the end of his term in 2019. He was one of the few outspoken Republicans who did not support former President Donald Trump.

Ahead of the 2020 presidential election, Flake called Trump an “embarrassment to the office” of the presidency, and questioned whether anyone wants American children to “emulate his behavior.”

“The president’s behavior has not and will not change,” Flake said last year. “And whatever else you call the behavior I have just described, it is not conservative.”