President Biden will issue an executive order later this week altering a Trump-era ban on U.S. firms making investments in companies with ties to the Chinese military, according to a report Wednesday.

Under Biden’s directive, the Treasury Department will be tasked with compiling a list of companies at risk of penalties for ties to China’s defense and surveillance technology sectors, Bloomberg reported, citing sources familiar with the matter. The order will mark a change from Trump’s policy, which tasked the Defense Department with tracking potential violations.

Additionally, Biden’s order will update guidelines to allow bans on investments in entities that have ties to Chinese defense or surveillance technology sectors. Trump’s version focused on companies affiliated with the Chinese military. 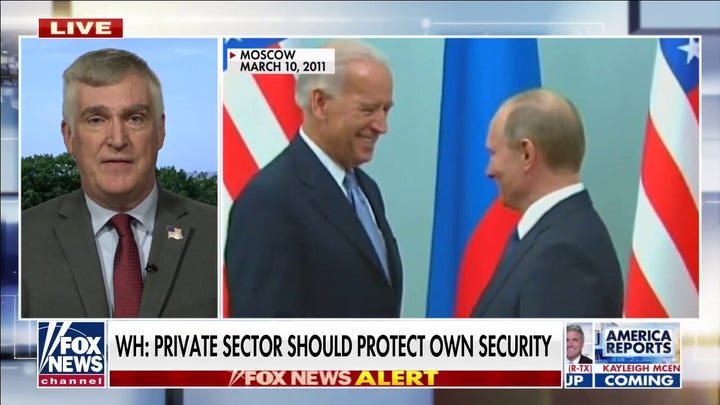 Representatives for the White House and the Treasury Department did not immediately respond to requests for comment.

The decision to shift responsibility from the Defense Department to the Treasury is meant to ensure the penalties held up to legal scrutiny, according to the report. The White House is also expected to clarify whether subsidiaries of targeted companies are subject to the same penalties.

The order will be unveiled amid calls for the Biden administration to crack down on firms with ties to the Chinese military.

Earlier this week, a bipartisan group of senators, including Sen. Tom Cotton, R-Ark., and Sen. Mark Kelly, D-Ariz., called on the Defense Department to release its report detailing Chinese military firms operating in the U.S. The report was due for release last month.

“The U.S. government must continue to act boldly in blocking the Chinese Communist Party’s economic predation against our industrial base,” the senators said in a letter to Defense Secretary Lloyd Austin. “We must not allow China to erode America’s military primacy. We urge you to submit this report on Section 1260H companies to the House and Senate Armed Services Committees and publish it in the Federal Register as soon as possible.”