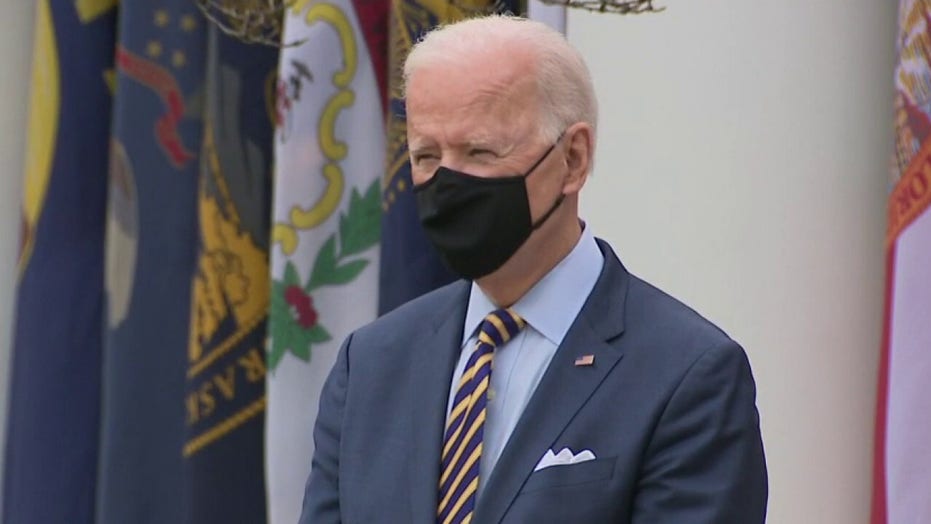 Biden won’t even take questions in a casual setting: Fleischer

Former White House press secretary and Fox News contributor Ari Fleischer questions why the White House is ‘hiding’ President Biden from the press and weighs in on The Washington Post admitting it misquoted Trump on Georgia ballots following the election.

At 55 days into the new presidency, many had begun to wonder why Biden had not yet held a solo news conference — separating him from over a dozen of his most recent predecessors. The stretch of over seven weeks is the longest period a new president has gone without meeting with the media in the last 100 years.

The White House noted that Biden has taken brief questions in informal settings.

“The president takes questions several times a week,” White House press secretary Jen Psaki told reporters last week. “Which is an opportunity for the people covering the White House to ask him about whatever news is happening on any given day.”

She said the president has been focusing his energy on passing the American Rescue Plan and vaccine distribution.

The pressure had been heating up for Biden to offer access to reporters directly. The Washington Post Editorial Board last week wrote, “It’s past time for Biden to hold a news conference,” and White House Correspondents Association President Zeke Miller said told Vanity Fair such conferences are “critical to informing the American people and holding an administration accountable to the public.”

Frank Sesno, former head of George Washington University’s school of media, told The Associated Press that avoiding extended back-and-forths with journalists could be a means of avoiding gaffes. “He’s not great in these news conferences. He rambles. His strongest communication is not extemporaneous.”