Biden’s campaign insists former VP ‘will be the next president’ 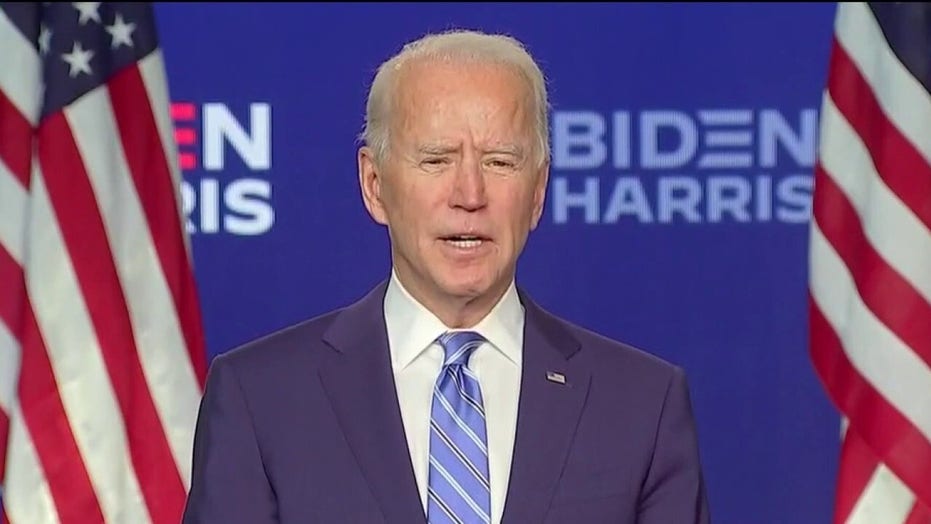 Biden on verge of victory as campaign readies for legal challenges

Joe Biden’s presidential campaign on Thursday declared that “our data shows that Joe Biden will be the next president of the United States.”

Biden campaign manager Jen O’Malley Dillon, speaking to reporters amid the ongoing counting of votes in four key battleground states that have been yet to be called for either Biden or President Trump, stressed “that counting is going to continue to show our path to victory.”

And she described the lawsuits filed by the president’s re-election campaign since Tuesday’s election in a handful of the key battlegrounds as “meritless and nothing more than an attempt to distract and delay what is now inevitable.”

According to Fox News projections, the former vice president has won 264 electoral votes — six shy of the 270 needed to win the White House – with Trump at 214 electoral votes.

In Biden’s native state of Pennsylvania, where the president’s lead had shrunk to less than 117,000 votes as of noon ET on Thursday, Dillon said “we believe from our data that the majority of the outstanding ballots left are for the vice president and that at the end of the day.”

And she predicted that “we will win by a sizeable number of votes in Pennsylvania,” where 20 electoral votes are up for grabs.

In Arizona, where Biden’s lead had dropped to just under 69,000 votes by mid-day on Thursday, Dillon emphasized  the Biden campaign continues “to feel confident about Arizona and we believe we have won there although the counting has not been finished.”

And she added that “the story of Arizona is one where Joe Biden is going to win.”

In neighboring Nevada, where the former vice president’s grew from less than 8,000 to over 11,000 after new vote totals were released at Noon ET on Thursday, Dillon said “our data shows we’ll win here.”

“We should see some ups and downs throughout the day depending on the order of the results coming through today but at the end of the day when all the votes are counted we are confident we will be ahead in Nevada,” she added.

In Georgia, where the president’s lead has shrunk to roughly 14,000 votes, Dillon said that “we believe that Georgia, while continuing to be a toss-up….at this stage leans to the vice president.”

She was less optimistic about North Carolina, where Trump holds a roughly 67,000 vote lead, saying the state “continues to be very tight.”

Biden and his running mate Sen. Kamala Harris were getting briefed Thusday afternoon in Wilmington, Delaware on the coronavirus pandemic by his team of public health advisers. On Wednesday, the former vice president told reporters that he was “not here to declare that we won,” but to “report that when the count is finished, we believe we will be the winners.” 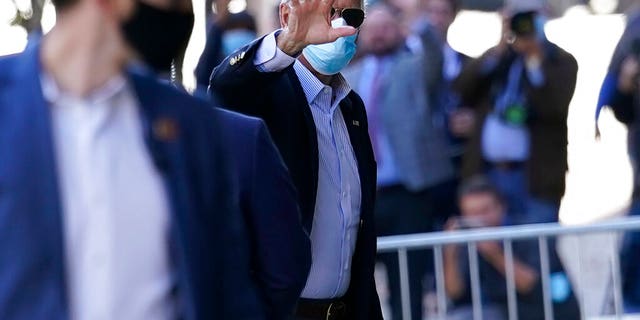 Dillon spoke minutes after her Trump campaign counterpart – Bill Stepien – told reporters that the president “is alive and well.”

Stepien declared once again that the president “will win Pennsylvania.” He added that “the race in Arizona is getting closer and closer” and highlighted that Trump was still leading in Georgia and North Carolina.

But Dillon argued that Trump “sees the same data we do and knows he is losing, Donald Trump continues to push a flailing strategy designed to prevent peoples’ votes from being counted.”

Biden campaign senior advisor Bob Bauer, who is heading up the team’s legal efforts, called the lawsuits by the president’s campaign “meritless” and argued “they’re intended to give the Trump campaign the opportunity to argue that the vote count should stop. It is not going to stop.

“The Trump campaign is continually alleging  irregularity, failures of the system, and fraud, without any basis. This is part of broader misinformation campaign that involves political theater,” Bauer charged. “This strategy of disrupting the vote count – as you can tell by the efforts of elections officials who continue to count — is doomed to fail."