Biden's first 100 days in office: 'Aggressive' progressive agenda even to the left of Obama 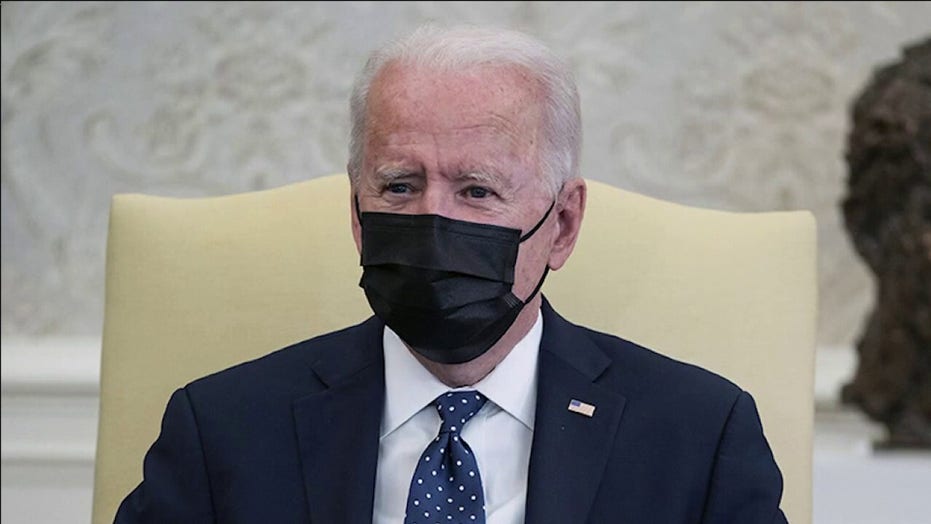 President Biden’s first 100 days in office were marked by fierce debates on Capitol Hill over the rollout of progressive policy initiatives that have drawn comparisons to those enacted by his Democratic predecessors Franklin D. Roosevelt and Lyndon Johnson.

The massive $1.9 trillion COVID-19 relief bill known as the “American Rescue Plan” – decried by Republicans for its price tag – proved to be only a starting point for the Biden administration. The president moved forward with a series of executive actions and legislative proposals meant to reshape the country’s economic and social structure, including a two-part, $4 trillion tax-and-spend proposal centered on physical — and societal — infrastructure projects.

While Biden’s proposals are part of “an aggressive, progressive agenda” compared to recent presidential predecessors dating back to the 1970s, they are likely to be less transformative to the role of the federal government than Roosevelt’s “New Deal” or Johnson’s “Great Society,” according to Brooks Simpson, a presidential historian and professor at Arizona State University. With the Democrats holding a razor-thin majority in Congress, the most progressive elements of his plan will likely be tempered by GOP opposition and moderate members of Biden’s own party.

“Government, even under Reagan or either Bush, was a larger entity doing a lot more things than government in either one of those two situations,” Simpson said. “To see it as tremendously radical is an overstatement. You can see that in fact from some of the real progressives in the Democratic party who are not necessarily happy that Biden isn’t going further and being much more confrontational.” 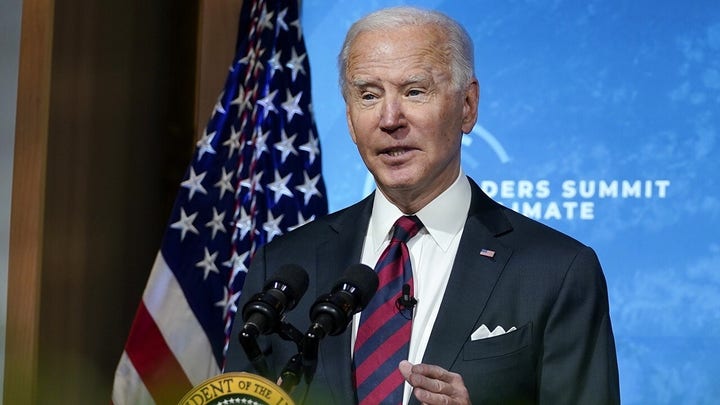 Biden’s agenda has drawn criticism from prominent Republicans who have accused his administration of abandoning its own call for bipartisanship. The president’s longtime friend, Senate Minority Leader Mitch McConnell, has described the Biden White House as a “totally left-wing administration” and accused Biden of campaigning as a centrist, only to pursue partisan policy goals once elected.

BIDEN’S 100 DAYS IN OFFICE: STATUS CHECK ON HIS PROMISES

“I think it can best be described as the ‘Biden bait and switch,'” McConnell told reporters earlier this week. “President Biden ran as a moderate, but I’m hard-pressed to think of anything at all that he’s done — so far — that would indicate some degree of moderation.”

While much of Biden’s first few months in office were consumed by the federal response to the coronavirus pandemic, the White House has moved quickly to address policy goals he outlined on the campaign trail.

His administration has expressed support for a Democrat-backed voting rights overhaul known as the “For The People Act.” Republicans say the measure is biased toward Democrats and grants the federal government undue influence over state elections.

The first phase of Biden’s $4 trillion spending package, dubbed the American Jobs Plan, is projected to cost $2.2 trillion and include investments for both physical infrastructure projects, such as roads and bridges and a variety of social programs, such as jobs training and care for elderly and disabled Americans.

The second phase, dubbed the American Families Plan, is projected to cost $1.8 trillion and calls for the creation of a universal preschool program, an expanded child tax credit, tuition-free community college and other social welfare measures.

To pay for the ambitious plans, Biden has proposed the most expansive tax reform package in decades, including an increase in the corporate tax rate to 28% from 21% and higher taxes for the wealthiest Americans.

Biden’s proposals, while ambitious in scope and scale and denounced by Republicans, are similar to efforts undertaken by past presidents who faced crises during their terms in office, according to Matt Dallek, a political historian and professor at George Washington University. 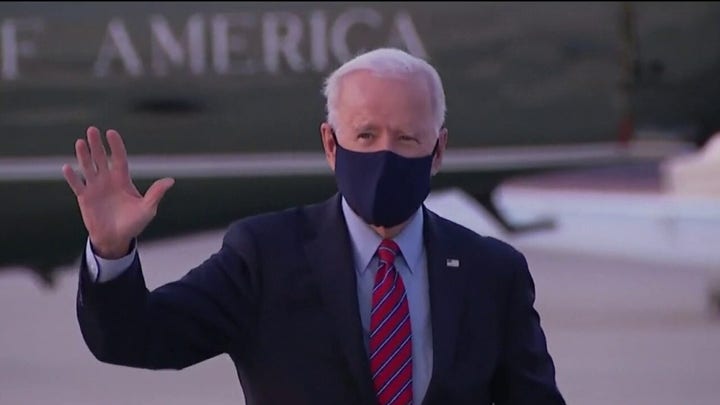 At the same time, the Biden administration is taking a more aggressive approach than the president’s longtime political ally, former President Obama.

“Whether it’s Teddy Roosevelt busting up trusts in the progressive era or Franklin Roosevelt providing job relief to a country with 25% unemployment, I think Biden is operating within the mainstream,” Dallek said. “Because these are interlocking crises, I think we can see a bit that Biden’s agenda is more ambitious than Obama’s, with the exception of health care.”

Criticism of Biden’s political agenda isn’t limited to Republicans. Prominent progressives within the Democratic Party, including Sen. Bernie Sanders and Rep. Alexandria Ocasio-Cortez, have argued that many of Biden’s proposals don’t go far enough to address the country’s economic and social crises.

Earlier this month, progressive Democratic Rep. Ritchie Torres argued that Biden should move to make an expanded child tax credit included in his American Families Plan permanent, rather than have it expire after a set date.

Biden’s willingness to abandon elements of his agenda popular with his party’s far left, such as the call to cancel all student debt or tack on a provision raising the federal minimum wage to $15 per hour in a COVID-19 relief bill, indicate that his agenda is more pragmatic than some GOP critics claim, according to Simpson.

Even with the use of budget reconciliation rules that would allow passage of legislation by a simple majority vote, the Democrats must stay united in order to pass Biden’s agenda without GOP support.

“He could have pushed for certain measures that would have no chance of passage even in his own party,” Simpson said. “He could, in other words, march with ‘the Squad’ and everything. He wouldn’t get anything done. There are limits. He cannot risk defections because, unlike impeachment and some other things, there aren’t going to be defections from the Mitt Romneys or the Susan Collinses on these issues.”