A bipartisan infrastructure bill is almost complete and ready for consideration by the Senate, according to updates provided by several of the key players involved.

Two of the senators who have been part of the negotiations said Sunday that almost all of the pertinent issues have been discussed and agreed upon by members of both parties.

"We’re about 90% of the way there," Sen. Rob Portman, R-Ohio, told ABC’s "This Week" on Sunday. "I’m here this weekend working on legislative language with colleagues and with staff, and I feel good about getting that done this week."

Portman explained that the sole remaining sticking point is mass transit. He said that Republicans’ suggested amount to go to transit "is very generous," but Democrats have not gotten back to them on it yet.

"We increased transit in this proposal. We also increased the formula going forward," he said. "That’s the one issue that’s outstanding, frankly, at this point."

Portman expressed hope that he and his Democratic colleagues could get closer to finding common ground before the day ends. 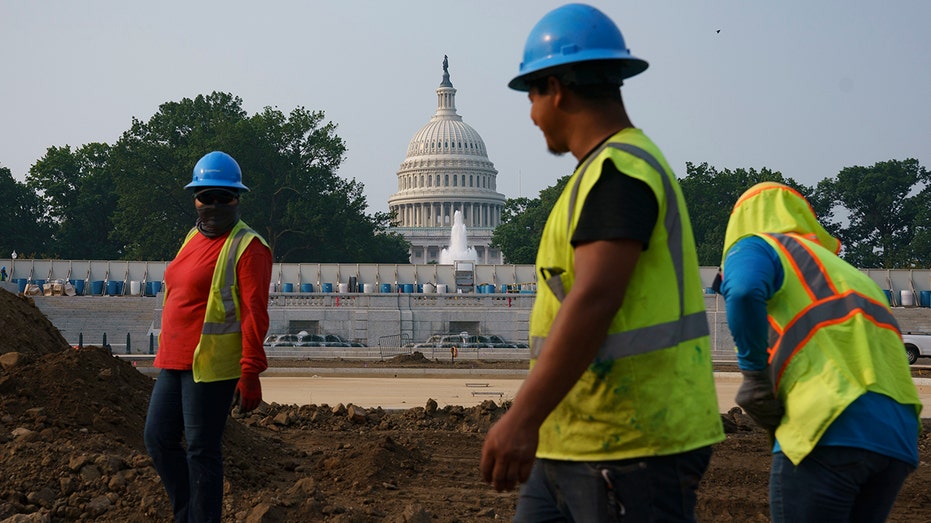 Senate Banking Committee ranking member Sen. Pat Toomey, R-Pa., who has been advising Republican negotiators, also said that transit was the remaining roadblock. He too claimed Sunday that Republicans have offered plenty of money, but that Democrats still wanted more.

Toomey told CNN’s "State of the Union" that the federal government, which normally gives $13 billion to transit, gave roughly $83 billion this year.

"It’s so much money they couldn’t possibly spend it, so about half of it is sitting there not spent," Toomey said, stating that on top of that Republicans have offered tens of billions of dollars more.

Another problem that Toomey pointed out was the question of how the government will pay for everything in the bill.

Sen. Mark Warner, D-Va., one of the Democrats who has played a role in the talks, implied during an interview with "Fox News Sunday" that Republicans have not been willing to figure out how they will pay for the bill.

"We are and have agreed jointly on about roughly $70 billion of funds that were not spent that will be redeployed to help pay for this infrastructure package," Warner said. "The challenge is," he continued, "you got folks who want to make big bold statements but sometimes don't want to roll up their sleeves, get into the details and make the very hard choices about where we find these pay-fors."

Warner, who did not mention transit as a point of contention, remained optimistic about the chances of reaching a final bipartisan bill very soon.

"We’re down to the last couple of items, and I think you’re going to see a bill Monday afternoon," Warner said.