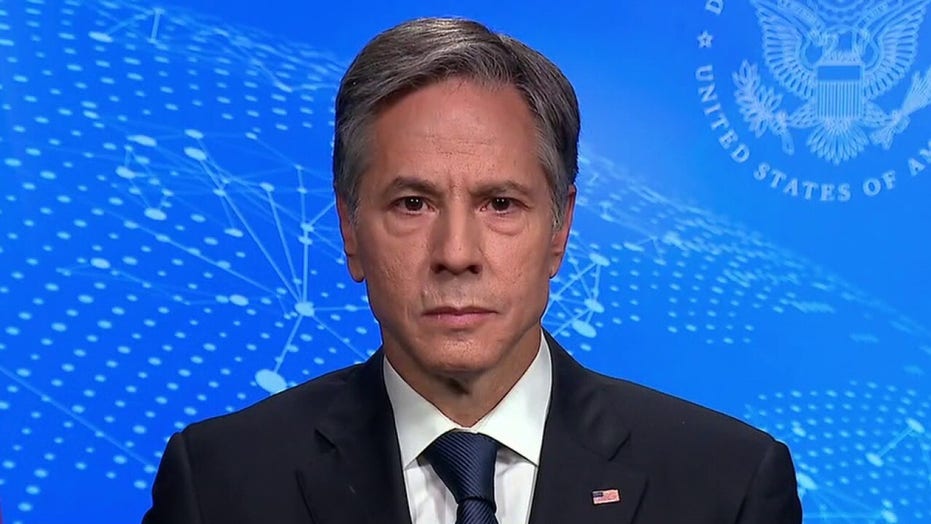 Secretary of State Antony Blinken explains that in the last 24 hours, about 8,000 people boarded 60 flights and were evacuated from the Kabul airport in Afghanistan.

President Biden on Friday claimed that al Qaeda was “gone” from Afghanistan, but in a “Fox News Sunday” interview Secretary of State Antony Blinken admitted that this is not true.

During remarks delivered at the White House, the president had questioned what interest the U.S. had in remaining in Afghanistan “with al Qaeda gone,” despite a United Nations report stating that the terrorist organization was present in 15 Afghan provinces, and Gen. Mark Milley saying if the Taliban took over, he would need to upgrade al Qaeda’s terror threat. Blinken offered a clarification of Biden’s statement while acknowledging that on its face it was not true.

“As we all know, we went to Afghanistan 20 years ago with one mission and one purpose in mind: and that was to deal with the folks who attacked us on 9/11, to bring bin Laden to justice, which we did a decade ago, and to diminish the capacity of al Qaeda to do the same thing again, to attack us from Afghanistan and that, to the president’s point, has been successful,” Blinken said.

Host Chris Wallace pressed the issue, asking him again if al Qaeda was gone from Afghanistan. Blinken responded by saying that al Qaeda’s ability to carry out another 9/11-style attack was “vastly, vastly diminished.”

Asked a third time if al Qaeda was “gone,” Blinken admitted that it was not.

“Are there al Qaeda members and remnants in Afghanistan? Yes,” he said. “But what the president was referring to was its capacity to do what it did on 9/11 and that capacity has been very successfully diminished.”

Wallace also questioned Biden’s statement Friday that he has “heard no question of our credibility from our allies around the world.” Meanwhile, Armin Laschett, potential successor to German Chancellor Angela Merkel, said what is happening is “the biggest debacle that NATO has seen since its foundation,” and British MP Tom Tugendhat, chairman of the parliament’s foreign affairs committee, called Biden “shameful” for accusing Afghan forces of not wanting to fight for their country.

“Does the president not know what’s going on?” Wallace asked.

Blinken also faced criticism for his own performance. Specifically, Wallace mentioned a memo sent to Blinken on July 13 from 23 staffers at the U.S. embassy in Afghanistan stating that the Taliban’s  takeover was going faster than expected and requesting that the evacuation of Afghan allies be sped up. When asked why he did not move faster, Blinken pointed to the Trump administration.

“When it comes to the Special Immigrant Visa program … we inherited a program that was in a dead stall,” Blinken said. “No interviews had been done when we came into office for visas for these folks going back to March 2020.”

Blinken did recognize that the lack of interviews was “largely” due to the coronavirus pandemic.

The secretary then admitted that despite the memo the administration did not believe the takeover would be so swift, “we believed that we could do this in a very expedited way, more resources, more people out, but that we would have time to do it effectively.”