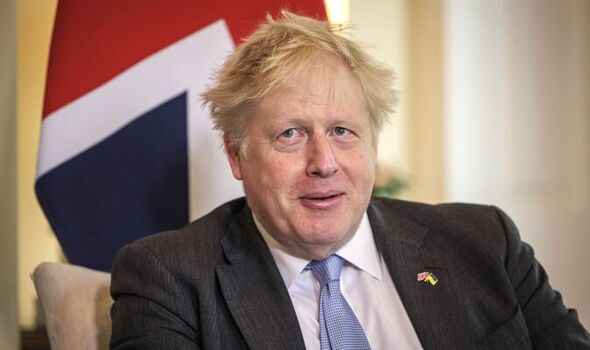 Millions of tenants would be able to get on the first rung of the housing ladder under the revival of Margaret Thatcher’s flagship home ownership policy. Conservatives said it would turn “generation rent into generation own” after the average age of a first time buyer hit 34.

Downing Street insiders said it was “too early” to get into specifics but “options are being looked at”.

Mr Johnson told officials to draw up the plans to make it easier for people to buy a home over the last fortnight.

The Prime Minister is considering proposals to give 2.5 million households renting social housing the right to buy their properties at a discounted price.

The plan would follow the same principles as Margaret Thatcher’s right to buy, which allowed council house tenants to buy their homes with discounts of up to 70 percent.

Former Tory leader Iain Duncan Smith put forward similar proposals to George Osborne but the then Chancellor faced a battle to push them through.

Mr Duncan Smith said rules would have to be changed to allow housing association properties to be sold off but “it is doable” and “lots of people would welcome it”.

He said there are also ways to help those who are unable to buy outright through partial ownership schemes, which would help those on the lowest incomes get on the housing ladder.

But the MP warned ministers will have to be “determined” to get it through in the face of opposition from local government, which is “in cahoots” with housing associations that are against the move.

Senior Conservative David Jones said the policy would be popular but called for the proceeds from sales to be put back into the development of new properties.

He said: “It was the flagship policy of the first Thatcher administration and it plays to that fundamental wish for people to own the home they live in.

Ex-Cabinet minister Andrea Leadsom suggested it would be a voter winner.

She said: “I think there will be many who would hugely welcome it. And the money should go into building new social housing.”

Sir John Redwood, a minister under Thatcher, said: “The more we can do to encourage private home ownership the better. We want an ownership society

“Levelling up must include giving people the opportunity to buy their own home.”

Mr Johnson’s plan to revive the scheme emerged as he hit the campaign trail in the north east ahead of Thursday’s local elections.

The right to buy was one of Thatcher’s most popular policies and increased home ownership across the country.

More than two million properties have been bought under the reform since it was introduced in 1980.

Tenants retained the right to buy when local councils transferred their properties to housing associations.

But once a family left the property, the rights ended and there was a sharp fall in take-up.

Mr Johnson committed to consider new pilots for the scheme ahead of the 2019 general election.

A typical home in the UK in 1980 cost £24,000 and went up by an average seven percent a year for nearly four decades.

But since the pandemic prices have rocketed further, rising by 12.1 percent in the past year alone, with the average house price now £267,620.

Mr Johnson is also considering another proposal being drawn up by his advisers for taxpayer money paid out in housing benefit to be used to help get claimants onto the housing ladder.

It would mean banks taking the regular flow of housing benefit money into account for poorer households, who may have limited income, seeking mortgages.

Critics said reviving the right to buy would deplete the social housing stock while failing to tackle the housing crisis.

Polly Neate, chief executive of Shelter, said: “The hare-brained idea of extending Right-to-Buy to housing associations is the opposite of what the country needs. There could not be a worse time to sell off what remains of our last truly affordable social homes.

“The living cost crisis means more people are on the brink of homelessness than homeownership – nearly 34,000 households in England became homeless between October and December last year, more than 8,000 of them were families with children.

“Right to Buy has already torn a massive hole in our social housing stock as less than 5% of the homes sold off have ever been replaced. These half-baked plans have been tried before and they’ve failed. Over one million households are stuck on social housing waiting lists in England, and with every bill skyrocketing, the government should be building more social homes so we have more not less.”

Mr Johnson visited the north east to rally support ahead of local elections on Thursday.

He vowed to “fix” the energy crisis by modernising the energy sector.

“I certainly think it is crucial that the government fixes our energy supply issues and the spike in energy prices is a global phenomenon, but what we haven’t had is the national solutions that the country can deliver and the people of this country deserve,” he said.

“This is the country that first split the atom.”

He said he wanted to build a nuclear reactor a year instead of one a decade to give the UK “self reliance” and “security”.

The Prime Minister, who was mobbed by supporters as he enjoyed an ice cream in Whitley Bay, Tynemouth, while out on the campaign trail, said there had been “massive investment” in cutting edge technology since the Tories successes last year in the region.

After visiting Hartlepool nuclear power station, he said it was playing a vital part in “weaning us off fossil fuels, including Russian oil and gas”.

“Instead of a new one every decade, we’re going to build one every year, powering homes with clean, safe and reliable energy,” he added.

The Most Destructive Storms in US History