Boris Johnson hints at tax cuts ‘as soon as possible’ 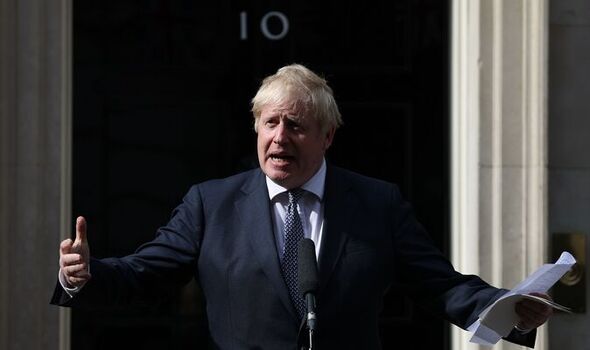 The Prime Minister made the remark to Tory MPs when asked, at a garden reception, about addressing soaring prices. He will rally his top team to tackle the crisis during a Cabinet awayday in Stoke today.

Yesterday a No10 source said Mr Johnson was fully committed to tax cuts by the next general election, expected in 2024.

But Jake Berry, chairman of the Northern Research Group of Tory MPs, said it was “kind of now or never” for Mr Johnson on the cost-of-living issue.

He said backbenchers had warned the PM immediate tax cuts were needed to keep the support of voters in Red Wall seats captured from Labour in 2019.

Mr Berry said: “To keep as the new party of the North, to hold that Red Wall, we have to look after our people – and they are feeling the pain of this.”

“If we put up taxes on businesses and the wealthy, they will simply find ways of moving their money elsewhere to cut their tax bills.”

At the Stoke meeting today, the Cabinet will also discuss boosting jobs, delivering policies outlined in the Queen’s Speech, levelling up and transport.

However, Treasury officials say fresh tax and spending measures are unlikely until Rishi Sunak’s autumn Budget, when details of the next expected rise in fuel bills are known.