Boris Johnson describes his sadness over the Queen's death

The former prime minister paid an emotional tribute in the Commons to “Elizabeth the Great” for her service to the nation. He revealed how being asked “a few months ago” to speak about the Queen in the past tense by the BBC left him so “choked up” he had to stop the interview.

“I am afraid I simply choked up and I couldn’t go on,” he said. “I am really not easily moved to tears, but I was so overcome with sadness that I had to ask them to go away.”

On Tuesday, the Queen “saw off” her 14th Prime Minister and welcomed her 15th, he said.

He added: “I can tell you, in that audience, she was as radiant and as knowledgeable and as fascinated by politics as ever I can remember and as wise in her advice as anyone I know, if not wiser.”

Mr Johnson said the Queen showed the world “how to give, how to love and how to serve” and was the “greatest statesman and diplomat of all”. 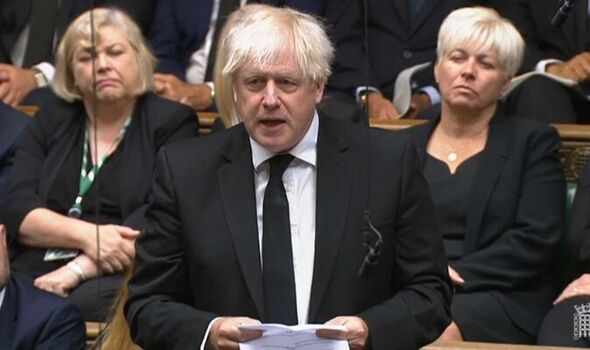 He recounted how as mayor of London, when he oversaw the 2012 Olympics, she was delighted after being told a leader of a friendly Middle Eastern country seemed actually to believe that she had jumped out of a helicopter in a pink dress and parachuted into the stadium.

He added: “I remember her equal pleasure on being told just a few weeks ago that she had been a smash hit in her performance with Paddington Bear.”

Praising the “indomitable spirit with which she created the modern constitutional monarchy”, he added: “The fact that today we can say with such confidence – God Save the King – is a tribute to him, but above all to Elizabeth the Great, who worked so hard for the good of her country, not just now but for generations to come.”

The comments came as MPs and peers began two days of Parliamentary tributes to the Queen.

Labour leader Sir Keir Starmer said the Queen played a crucial role as the “thread between the history we cherish and the present we own”.

He said: “For the 70 glorious years of her reign, our Queen was at the heart of this nation’s life.

“She did not simply reign over us, she lived alongside us, she shared in our hopes and our fears, our joy, and our pain. Our good times and our bad.”

DUP leader Sir Jeffrey Donaldson said the Queen showed the way when it came to reconciliation after The Troubles.

He said her historic visit to the Republic of Ireland was a “cathartic moment” in British-Irish relations.

In the Lords, the Bishop of St Albans, the Rt Rev Alan Smith, recounted a trip to the late Queen’s Norfolk estate where he was treated to a ride in the monarch’s Range Rover.

He said: “She came out very brusquely and shouted across to me ‘Jump in bishop I am driving’.

“She set off at a rate of knots. I was holding on for dear life. She taught me a great deal about prayer at that particular point, which is perhaps why she is called the defender of the faith.”

Former prime minister Theresa May reduced the House to laughter when she told how she had been caught out by the Queen after dropping some cheese while on a picnic at Balmoral.

Mrs May said everyone “mucked in” to put the food and drink out on the table.

“I picked up some cheese, put it on a plate and was transferring it to the table,” she added.

“The cheese fell on the floor. I had a split-second decision to make.”

Mrs May paused as MPs burst into laughter, before adding: “I picked up the cheese, put it on the plate and put it on the table. I turned round to see that my every move had been watched very carefully by Her Majesty the Queen.

“I looked at her. She looked at me and she just smiled. And the cheese remained on the table.” 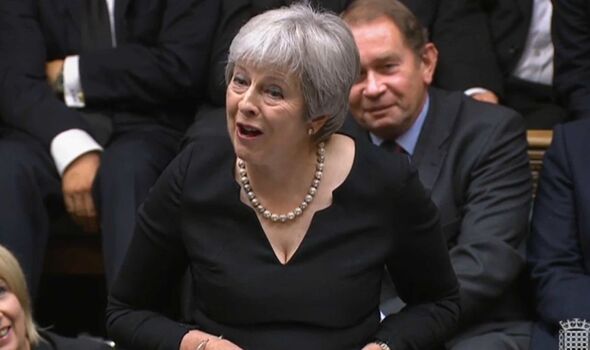 Former Labour Cabinet minister Lord Blunkett, who is blind, recalled how the Queen came to his aid after he ended up facing the wrong way as he knelt during a royal audience.

The peer said he did not use his guide dog to find the correct position “because dogs aren’t very good at showing you where to kneel on cushions”.

“They are brilliant at all kinds of other things but that isn’t one of them,” he said.

“So I left the dog with Jack Straw and I moved across the room and I did manage to hit the cushion, but facing the wrong way.

“Her Majesty in a gracious and careful and never patronising way managed to gently – by touching my arm – shift me round so that I could just brush her hand.”

Conservative MP Dame Andrea Leadsom told the Commons about being briefed to kneel on a footstool with her right hand by her side and left hand holding a bible when she was being sworn in as a Privy Counsellor alongside Boris Johnson.

She said they looked at each and questioned what would happen if they fell off the stool.