Boris Johnson has revealed he’s booked to go to the pub as soon as the lifting of lockdown restrictions allow – but suggested he might wait for a haircut, despite “badly” needing one.

Under the prime minister‘s roadmap for lifting COVID measures in England, both hairdressers and pubs – if serving people outdoors – will be allowed to reopen from 12 April. 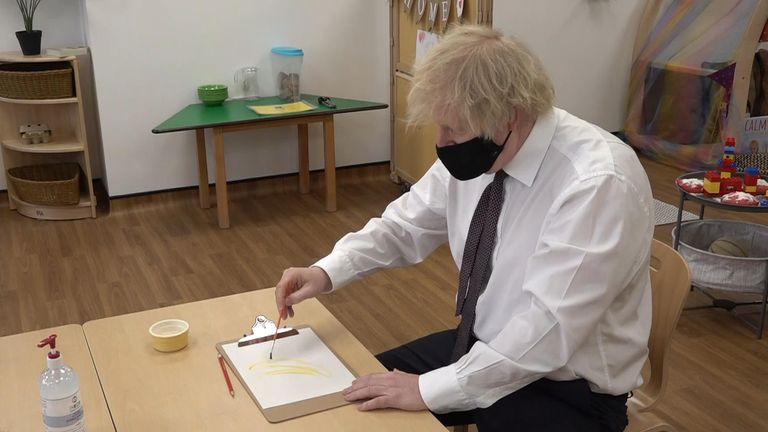 On a visit to a nursery in west London on Thursday, Mr Johnson spoke of how he needed his renowned blond mop to be trimmed with two-and-a-half weeks still to go until barbers can resume business.

When it was suggested his fiancee Carrie Symonds could attempt a snip, Mr Johnson added: “She’s going to have another go.”

But, asked if he had booked a hair appointment for 12 April, the prime minister quipped: “For the pub? Yes. For the haircut? I don’t know about that.” 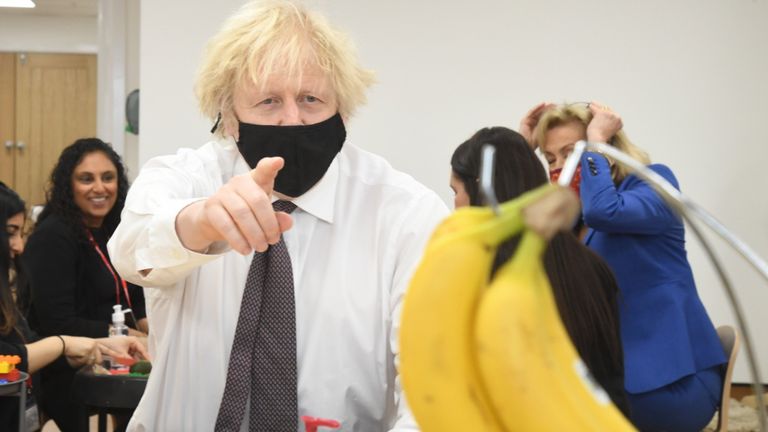 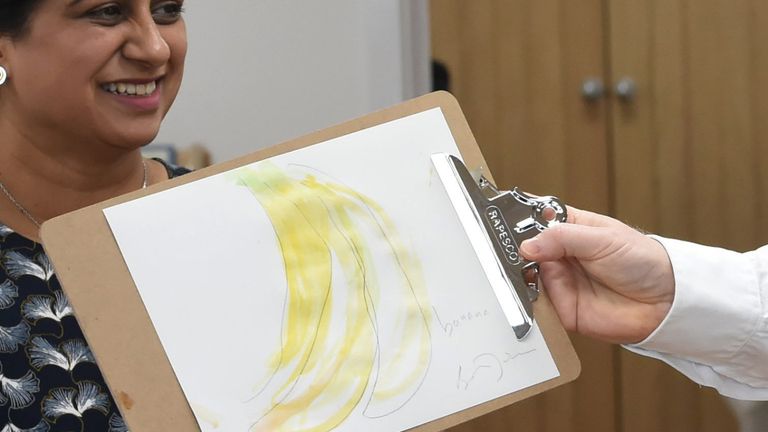 Mr Johnson used the visit to explain that while there will be “a role” for COVID vaccine certificates, that “no decisions have been taken at all” on how they might be used.

A day earlier, the prime minister made the suggestion of using COVID certification for pubs in an appearance before a group of senior MPs.

During his visit, Mr Johnson joined children in the Monkey Puzzle Day Nursery in Greenford in painting a bunch of bananas and later proudly displayed his artwork.