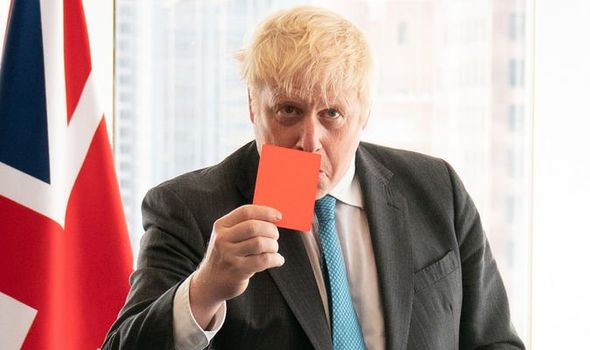 He insisted extending the temporary measure would mean tax rises for millions to help cover up to £6billion needed to pay for it.

The £20-a-week benefit was introduced during the first lockdown to support people through the pandemic.

The Government has confirmed the scheme will end on October 6, leaving recipients worse off by £1,040 a year – a move widely criticised, with Tory backbenchers among those opposing the cut.

Speaking in the US, Mr Johnson said: “I have every sympathy with people who are finding it tough… but in order to maintain the Covid uplift you’ve got to find another five or six billion in tax, that would have to come out of people’s pockets.

“I would just point out that the best solution is to continue to invest in people’s skills, to make sure they are getting the type of jobs that reward their hard work and you are starting to see that.

“Wages are rising faster than they have been for a long time and the philosophy of this Government is to try to produce a highskill, high-wage economy.”

Business Minister Paul Scully said keeping the uplift would mean “you would have to put up income tax by the equivalent of a penny and 3p on fuel”.

When told on Sky News “most people would accept putting a penny on income tax”, he said: “What you don’t want to be doing for the lowest paid in particular, is giving with one hand and taking and increasing taxes with the other.”

His comments come as Citizens Advice warned the cut will leave 1.5 million workers in hardship, with some families saying they fear they will not be able to afford food.